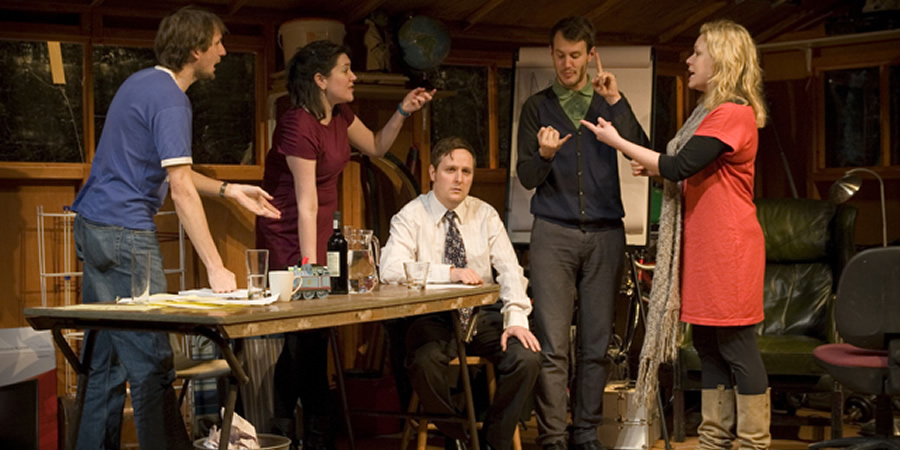 Political satire about five young adults who want to change the world but have no idea how, and little idea why

Based on the award-winning play from the 2009 Edinburgh Festival, Party is written by Edinburgh Comedy Award winner and Cowards member, Tom Basden. It explores what happens when a group of people try and change the world.

Four young idealists have decided to form a new political party to save the world from itself. The new fifth member, Duncan, sets about saving the world from them.

A suburban garden shed is the setting, as the adolescent adults debate forming their own political party. From the perils of electing a leader and choosing a party name through to the finer intricacies of Foreign and Environmental policy, this comedy satirises the ambitions, hypocrisy and naivety of those who choose to try to change the world.

Party is about small minds tackling big issues - China, sex trafficking, cycle lanes, unfair trade coffee, whether to call the party 'The Friendly Party' or 'Gladios', and when, exactly, they should break to eat a cake.

A TV episode was filmed in 2014, which involved the characters preparing for a TV interview. It was not broadcast. Details