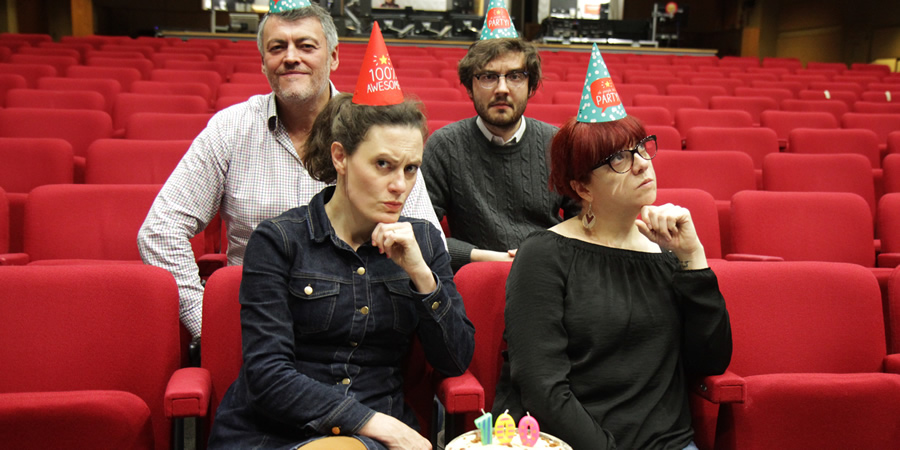 In 2009 the BBC launched Newsjack, a topical radio sketch show that anyone could write for.

As I was a fresh-faced uni student with a dream of getting into comedy, this was my chance. Obviously they'd recognise my talent. In fact, my biggest decision now became 'should I bother finishing my degree before I become a hugely successful writer?'

So I submitted some material. No luck. Then again. And again.

Eventually I finally got something on air!

... six years after that first submission.

Aaand then no luck since.

As Newsjack is celebrating its 100th episode this week, BCG asked me to go along to the BBC and have a look behind-the-scenes at how they put an episode together. What tricks could I learn? What tips would give me the edge over all the other people submitting too?

Here's what I discovered from my visit to Broadcasting House last night...

1. This is a proper BBC show

It probably goes without saying, but even though this format is written by you, everyone involved in the process takes it just as seriously as any other BBC show (while having a bucketload of fun doing it, obviously).

There are people reading through the submissions to pick out the best. Then there are table-readings to check which work, and whittle it down more. Then the Script Editors go and finesse the final script even further, while the actors - professionals; for example this week's show features Dead Ringers star Lewis Macleod, Miranda's Margaret Cabourn-Smith and George Fouracres from top sketch group Daphne - rehearse, trying different voices and intonations.

Then the whole thing is recorded onstage at Broadcasting House, the worldwide headquarters of the BBC. Hallowed ground that has hosted countless shows of immeasurable influence.

Suffice to say, if you've ever hastily scribbled some ideas down five minutes before the deadline and thought "that'll do", it's probably not going to be up to the standard.

But, on the other hand, if you're lucky enough to get material on you should know that you've been through the same rigorous standards as any BBC show. And you should feel immensely proud of it.

2. It takes a huge amount of work to get a script together 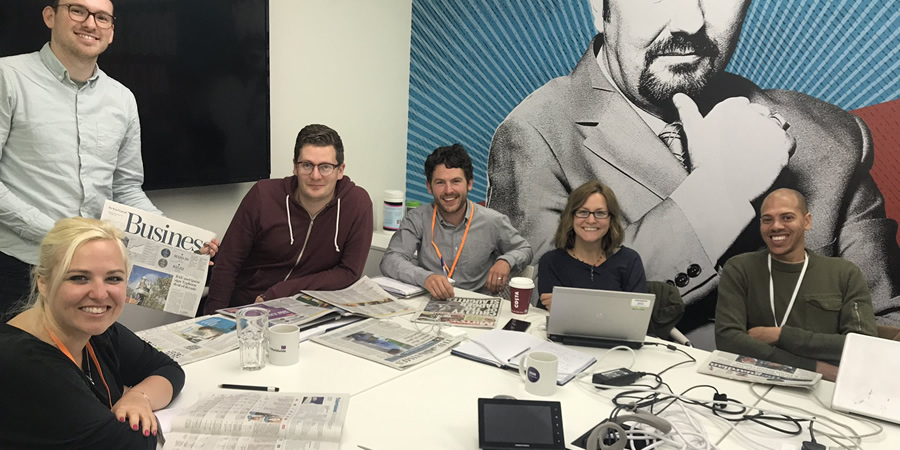 Let's be honest, we've all at some point watched TV or listened to the radio and thought "I can do better than that". With Newsjack there's even more of a sting in the tail because, well, we tried to prove that, and they said 'no'. Cue resentment and anguished cries of "they don't know what they're missing out on!"

The truth is, it takes a huge amount of effort to put the script together. Obviously in a perfect world every single funny joke would be included, but they only have 28 minutes to play with. They have to cover a load of topics, and feel fresh and different from other topical shows. So spare a thought for the BBC Studios team (lead by Producers Suzy Grant and Adnan Ahmed and production coordinator Nick Coupe) trying to make it all work.

What I was surprised to witness though is just how far they'll go to try and include a joke that they think is good. They'll re-write material to get it to fit; the actors will learn new impressions and accents to do it justice. This week there was a joke from the previous week that they had so much faith in they wanted to give it a go again.

They want your material to work, but the easier you can make it for them, the more likely it'll make the cut. 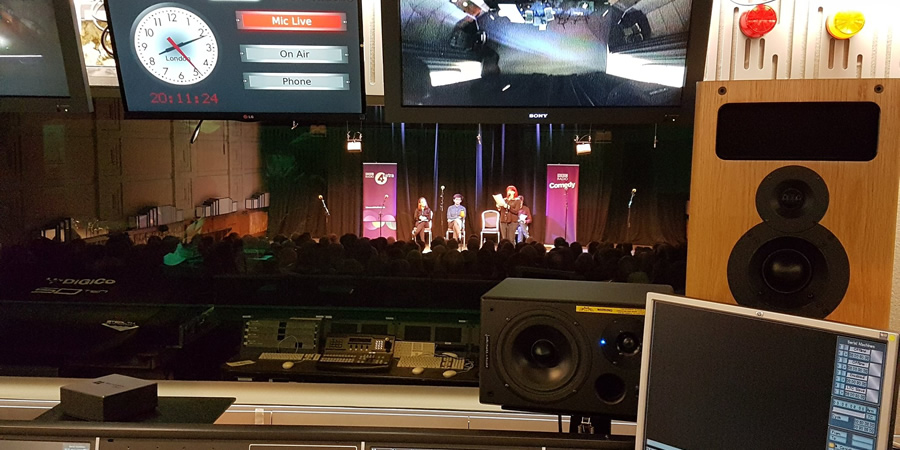 Just because your joke doesn't make it in the broadcast show, doesn't mean that it wasn't good enough. Reasons good material might miss out include:

a) Someone else has written something similar. 'Thems the breaks'. Roll with the punches, realise it's a sign you're on the right track and live to write another day.

b) Someone has already covered the topic. Your take on the subject might be entirely different, but your great one-liner won't survive if they've got a sketch on that item already. Increase your odds by including some more obscure stories, rather than the headlines of the day.

c) The joke has been done elsewhere. That doesn't mean you nicked it - it's all topical humour (see above). The other gag might not even have aired yet, but the people at the read-through are super comedy fans and, if they have seen a joke elsewhere that looks like yours, they may not include it. So there's always the chance that if your joke wasn't included it's because it was too good. You pro, you.

Just keep in mind that every joke you write makes you a better joke writer, so even if you don't get anything on this week, you're in a better position next time. You can do this. It's a marathon, not a sprint... luckily it's a marathon you can do from a chair, in front of a laptop.

4. They work right to the deadline 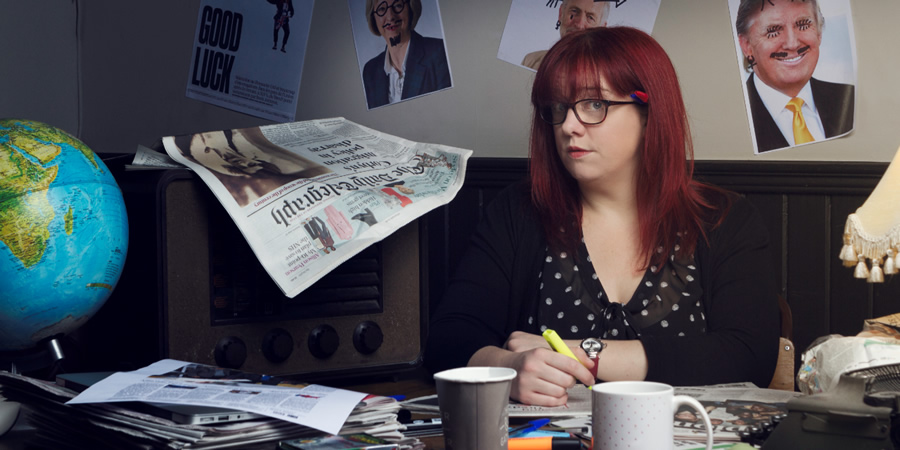 There are no lazy mornings or early nights in the world of Newsjack. After reading through all the submissions and getting a script together, the Script Editors were scribbling away right up to the rehearsal. And the producers are chipping in with ideas even then.

I watched host Angela Barnes editing the monologue as she was reading it aloud, honing it and trying to make it as good as possible. The actors meanwhile were manually reordering pages in their scripts, rather than reprinting, because they've made so many notes on voice and intonation on their existing copies.

Everyone there is giving it their all to make the very best show they can.

5. Most importantly, they notice you 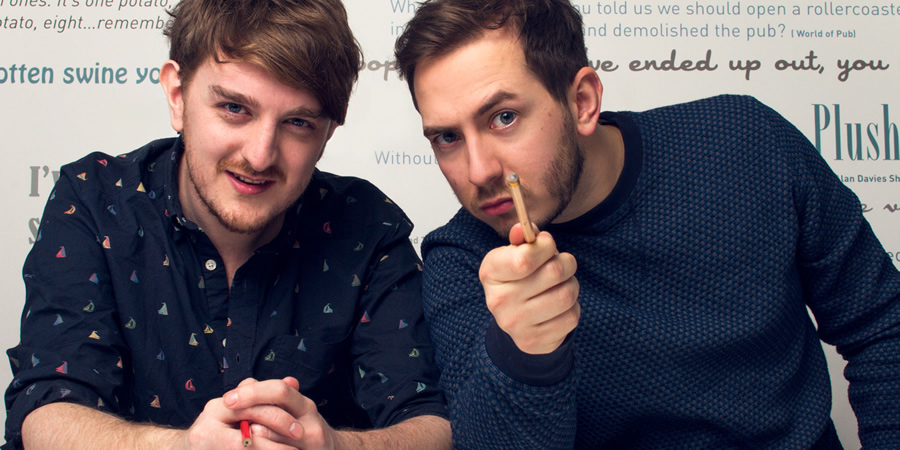 I was talking to Script Editors Ed Amsden and Tom Coles and asked them how they got started in the role. The answer was that they wrote for Newsjack. They wrote sketches and one-liners and sent them in, the same as anyone else. The producers liked their stuff and put it in the show. They sent more. Eventually they got invited in to the BBC, and now they are script-editing half the shows for this season.

Newsjack writers have gone on to be invited to work on other shows, or even start their own projects. Actor Lewis Macleod, from last night's performance, said that he's become good friends with several writers from Newsjack. He saw their work, liked it, and got in touch with those people seeing if they wanted to write for him too.

Basically it's a truly meritocratic system. If they like your stuff, you'll get noticed. But you have to keep submitting.

So there's Newsjack. It might be a little heart-breaking when you get nothing on, but the truth is, for 100 episodes now, they've genuinely been making dreams come true.

And hopefully there are many more episodes to come.