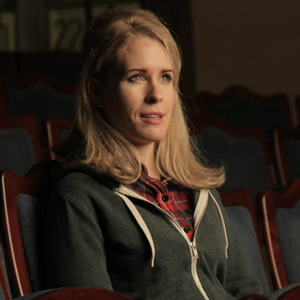 Lucy Beaumont has been named the winner of the BBC New Comedy Award 2012, the stand-up competition run by Radio 2 that aims to find an up-and-coming stand-up star.

The result was determined during a live show at The Grand Theatre in Blackpool, hosted by Patrick Kielty. It was broadcast live on Radio 2, with the listeners at home choosing the winner via an online vote and SMS.

Beaumount wins a prize of £1,000 and a commission with BBC Radio Comedy. She was unable to deliver an acceptance speech as the programme drew to a close, but did briefly say she wanted to visit Paris and would use some of the prize money to do so.

Beaumount, who is from Hull and took part in the Brighton heat of the competition, was selected in 2009 to be mentored by League Of Gentlemen writer Jeremy Dyson as part of Northern Laughs, a BBC initiative aimed at finding new comedy writing talent in the North of England. In August 2011 she was a finalist on So You Think You're Funny?, the respected new act stand-up competition that takes place each year at the Edinburgh Festival, and is now signed to Avalon, the agency that looks after comedians including Greg Davies, Dave Gorman, Al Murray, Richard Herring, Russell Howard, Russell Kane and Lee Mack.

The BBC New Comedy Award originally ran from 1995 to 2001, with previous finalists going on to become some of the biggest and most successful names in comedy today. Previous participants include Marcus Brigstocke, Alan Carr, Rhod Gilbert, Russell Howard and Peter Kay. The BBC New Comedy Award was revived last year, with Angela Barnes named the first winner.

Over 800 up-and-coming stand-ups applied to be part of the BBC New Comedy Award 2012 by sending a video of themselves performing, to the BBC. The best were selected to take place in a series of heats, which took place around the country over the past few months with the final stages broadcast on Radio 2.

The following video features Lucy Beaumont performing as part of the Brighton heat (she performs third):