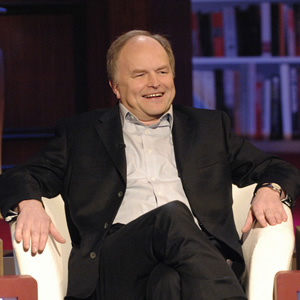 A new panel show for BBC Radio Scotland is to be hosted by broadcaster Clive Anderson, the corporation has confirmed.

The Guessing Game, which involves audience participation and for which tickets are now available, will be recorded in Glasgow later this month as part of the city's comedy festival. Each episode will see "three star comedy panellists" being set a range of bizarre questions by Anderson, with their outlandish guesswork the source of humour.

Jeff Zycinski, Head of BBC Radio Scotland, said: "It is great news to welcome a talent such as Clive Anderson to present The Guessing Game along with this fantastic range of top star comic names as panellists. I have always been a huge admirer of Clive's easy yet formidable wit and he is the latest in a range of high profile names that we have recently welcomed to the station through our drama, comedy, and arts output."

Anderson commented: "I am very much looking forward to making The Guessing Game in Glasgow. My father was a Glaswegian and I think I inherited my sense of humour from him, and quite a lot of my jokes. I would also like to catch up with Scottish football as I have got a little out of touch. How are things going...?"

The six episode series will be recorded on Wednesday 21st and Thursday 22nd March 2012.