Radio 4 has ordered a fourth series of Relativity, Richard Herring's comedy drama about a multi-generational family.

Six more half-hour episodes are now due to be made by production company Avalon.

Producers confirm: "Drawing on his own family, the warm, lively characters and sharply observed family dynamics portray an affectionate observation of inter-generational misunderstanding, sibling sparring and the ties that bind will resonate with anyone who has ever tried to show their dad which remote turns the television on.

"With a cast including Alison Steadman, Phil Davis, Richard Herring and Emily Berrington, the comedy also broaches some more serious highs and lows of family life."

Richard Herring comments: "I am very excited to revisit the Snell family and to find out how they resolve the mess I left them in at the end of the last series. Thanks so much to Radio 4 for having us back. Buttered Weetabix all round."

Jon Thoday from Avalon adds: "We are delighted that this show from one of the UK's funniest writers is returning to Radio 4." 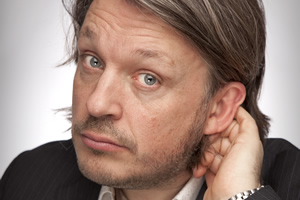