The first series of the show aired in April and May, and now the station has commissioned the comedian to make more episodes.

"Every day she is faced with a new audience, and each day she negotiates and manages the expectations of strangers. It's hard being northern after all. Some may expect Rosie's ataxic cerebral palsy to colour every interaction she has, but she's past that and rightly expects society to move at her pace too."

Producer Richard Melvin comments: "This series is about Rosie's view on the world, her experiences with friends and her aspirations in life. It's about her failings and flaws, her personality traits and reactions. Of course, her unique prism features difficulties and events that you or I may not be faced with, but this show isn't about disability, it's about getting a new perspective on the world from one of the sharpest wits we've seen in the last two years.

"Challenging comedy? Yes, but because of who she is, not what she has."

The second series will be broadcast on Radio 4 in 2021. 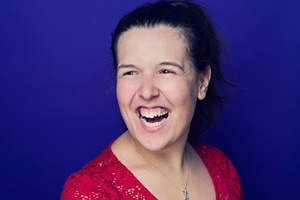