Neil Gaiman says: "I'm delighted to have this amazing cast of actors bring Anansi Boys to life for Radio 4.

"Anansi Boys started for me over 20 years ago when Lenny Henry and I were working on Neverwhere together. He told me that it was wrong that back then there really weren't any horror films with black leads, and I said 'well I'll write you one'. And then it wasn't a film, but a novel, and it wasn't horror but a strange mixture of mythic family comedy, romance and crime drama (with some scary bits). 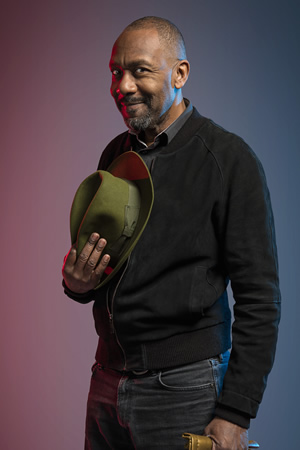 "When I was writing the novel I had Lenny's voice in my head and I'm delighted that in this dramatisation Lenny is Mr Nancy and Anansi the Spider - to me he is inseparable from this project. But the talent behind the microphone is astonishing. We even got Earl Cameron, a month after he turned 100, to come in and play Dragon."

The book has been adapted for the radio by Dirk Maggs. Gaiman says: "This is the fifth adaptation of one of my books or stories that Dirk Maggs and Radio 4 have done. I think it's the best of them all."

A version of Anansi Boys was previously made for the BBC World Service in 2007 featuring Lenny Henry, however Rudolph Walker played Anansi in that version.

Returning to the territory Gaiman explored in American Gods, Anansi Boys is described as "a kaleidoscopic journey deep into mythology."

The plot is described as follows: "When Fat Charlie's dad named something, it stuck. Like calling Fat Charlie "Fat Charlie." Even now, twenty years later, Charlie Nancy can't shake that name, one of the many embarrassing "gifts" his father bestowed - before he dropped dead on a karaoke stage and ruined Fat Charlie's life.

"Mr. Nancy left Fat Charlie things. Things like the tall, good-looking stranger who appears on Charlie's doorstep, who appears to be the brother he never knew. A brother as different from Charlie as night is from day, a brother who's going to show Charlie how to lighten up and have a little fun ... just like Dear Old Dad. And all of a sudden, life starts getting very interesting for Fat Charlie.

"Because, you see, Charlie's dad wasn't just any dad. He was Anansi, a trickster god, the spider-god. Anansi is the spirit of rebellion, able to overturn the social order, create wealth out of thin air, and baffle the devil. Some said he could cheat even Death himself."

The six part series will be broadcast on Radio 4 over the festive period, starting on Christmas Day at 11:30pm and concluding in an hour-long special on the 30th December.

Gaiman is currently working with the BBC to film a TV version of Good Omens. The series, starring Michael Sheen and David Tennant, is currently in production. 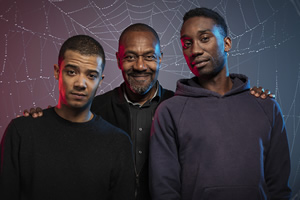