Radio 4 has announced a number of new comedy shows. In the list of commissions announced today there are 18 new shows, 2 pilots now going to series, and 7 established shows granted another series.

The BBC says: "BBC Radio 4's commitment to being the home of radio comedy continues as it announces a raft of new commissions, selected by the network's Commissioning Editor for Comedy, Sioned Wiliam. As well as the best up-and-coming talent, listeners will hear brand new shows from some of comedy's household names including Matt Berry, Meera Syal, Richard Herring, Sara Pascoe and Maureen Lipman."

Rhys James, through a unique, sketchbook blend of live stand-up, sketch and poetry, will explore the idea of identity. Rhys James Is... will tackle issues such as bravery, loneliness and privilege and interviewing those in his childhood who made him into the man-boy-child he is today.

Rhys says: "I am both incredibly excited and deeply terrified that I've had this show commissioned. It felt funny on paper to interview the guy who pulled my pants down at school on the radio, having not spoken to him for 10 years, but now it's real I'm spending all my time shopping for belts."

Written and performed by Lazy Susan (Freya Parker and Celeste Dring), the show follows regular hosts Jenna and Dana - fresh from NYC - as they travel the United Kingdom, learning more about British culture and accidentally uncovering mysterious stories and odd characters along the way.

Freya and Celeste say: "A few months ago we organised a scratch night and took a punt on a new radio idea. We never expected it would take off, so to find out that the BBC are going to let us make it has left us baffled and delighted. It's a love letter to podcasts and we're so excited to get to work on it. Stay with us."

Lee Ridley, known as Lost Voice Guy, has cerebral palsy and can only speak using a communication aid. His sitcom pilot will draw on his experience of coping with disability, telling the story of fictional character Matt, who is leaving home for the first time to move in with his best friend. Matt's parents are worried, but he is determined - even though his new carer Bob is not all he should be.

Lee says: "I've had the idea behind this sitcom in my head for a few years now, so to finally get the chance to make it is an amazing feeling. Ever since winning the BBC Radio New Comedy Award, the BBC has been very supportive and I'm lucky to have had the opportunity to work with some great people while writing this. It has been wonderful to hear my ideas come alive."

A sharp satirical sitcom "for post-Brexit Britain" from the production company behind Have I Got News For You and Drop The Dead Donkey. Recorded close to transmission, it follows Fleet Street's newest political editor as she heads to Westminster to make hay out of the chaos.

Matt Berry: My Life In Broadcast

Matt Berry returns to Radio 4 with a brand new show, Matt Berry: My Life In Broadcast.

Matt says: "I'm very excited to be back on Radio 4, this time to present a history of some interviews I took part in, dating back to the late 1960s and beyond. Some tapes have survived, some haven't. I hope you enjoy those that have. Either way, it's a pleasure."

Sara says: "I've been obsessing about the ape behaviours visible in our 'civilised' human interactions for nearly as long as I've been plotting to get a Radio 4 series. I'm thrilled that I've been given the opportunity to use the latter to explore the former - I'm off to eat lice out of friends' fur to celebrate."

Relativity is a multi-generational family sitcom, written by Richard Herring. Death, birth, falling in and out of love, resentment over forgotten slights and indestructible affection - it's all relative.

Award-winning writer Sam Bain (Peep Show, Fresh Meat) adapts his own debut novel Yours Truly, Pierre Stone to create a radio comedy that spirals down into the dark fantasies of an obsessive fan in a one-sided love story that weaves together celebrity gossip, social media and a missing cat.

Described as "The Good Life for a new millennium", The Greens is a family sitcom written by and starring Marcus Brigstocke. Millions of people try every day to make 'good' choices and do the 'right thing', by being ethical, charitable and community minded - it's hard. But the Greens, good folk that they are, are not giving up and are trying about 20 percent harder and learning to live with about 19 percent more failure.

A Month Of Maureen

Joseph Morpurgo's Walking Tour offers an imaginative comic take on the traditional audio guide format, taking the listener on a surreal walk through a different location each week.

Comedy From The Edinburgh Stand

A stand-up show presented by Fred MacAulay, recorded at The Stand comedy club in Edinburgh.

A stand-up show about the "weird and wonderful world of bereavement", based on Jack Rooke's 2015 Edinburgh Fringe show, Jack Rooke: Good Grief.

A currently un-titled new show from Andy Hamilton, the co-creator of BBC One's Outnumbered and the writer behind radio series such as Old Harry's Game.

Following the pilot of Spotlight Tonight With Nish Kumar, the Edinburgh Comedy Awards 2016 nominee is back with a full series of the satirical show, in which he skewers his targets with a forensic wit.

Elis James stars in this sitcom (which was piloted last year). It sees the lives of new parents Gruff and Alice interrupted by the unexpected arrival of Gruff's dad, who has just been released from a 15-year prison sentence for double glazing related fraud.

In addition to the new commissions, Radio 4 has announced:

Love In Recovery has been given a third series.

The Pin will return for a third run, "this time with even more to enjoy as each episode is extended to 30 minutes."

Nurse, starring Paul Whitehouse, will return for another series.

Tim Key's Late Night Poetry Programme has been given the go ahead to record more episodes.

Liam Williams: Ladhood will get a second set of episodes.

Bunk Bed has been recommissioned for another series.

Sioned Wiliam, Commissioning Editor for Comedy for BBC Radio 4 and 4 Extra, says: "I'm absolutely delighted with this new crop of commissions from writers and performers, old and new. It's a joy to be able to work with such a broad range of talent on Radio 4 and there should be something for everyone in this new raft of shows."

The shows will be made and broadcast over the coming 12 months. 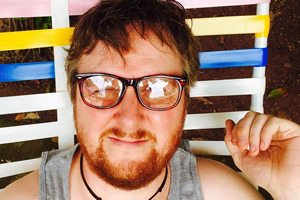 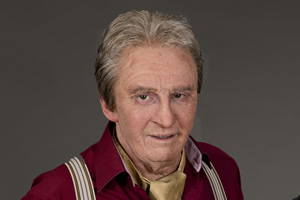 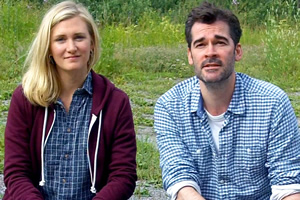 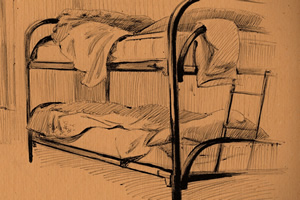 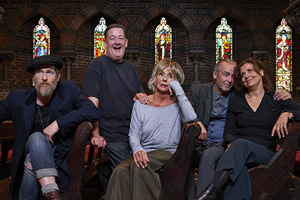 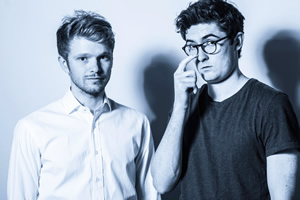 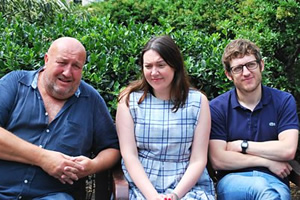 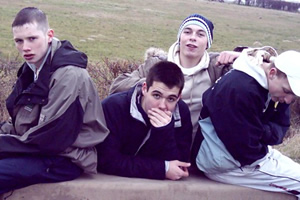 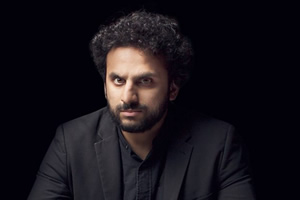