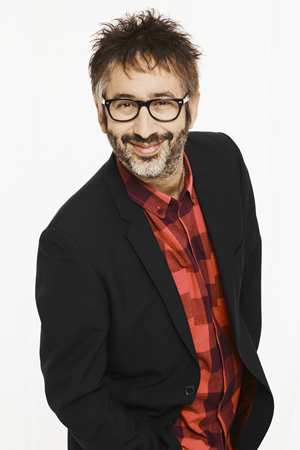 Radio 4 has given the greenlight to a new comedy format devised by David Baddiel.

The network has ordered a series of Don't Make Me Laugh, a stand-up show in which the comedians must avoid making the live studio audience laugh out loud.

Hosted by Baddiel, Don't Make Me Laugh is described as a show in which "some of the country's top comedians fight tooth and nail against their most natural instincts."

The blurb for the show explains: "Don't Make Me Laugh is a brand new show for BBC Radio 4, created and hosted by David Baddiel. It asks comedians to do the one thing they hate above all else - NOT get laughs.

"Our comedians will face the challenge of going up to the mike in front of our live audience without making them laugh. If a comedian gets a laugh, he or she loses the mike, and it passes to the next guest. The longer they can go without laugh, the more points they get.

"It won't be easy - in each round, they'll be given inherently funny topics like 'my most embarrassing sexual experience' or 'why David Cameron's face looks like a big ham'. With some very funny (but not for them) forfeits if they stray off-topic."

The producers add: "There will certainly be plenty of laughter - but only some of it deliberately."

The full series has been ordered following a not-for-broadcast pilot episode, which was recorded last year to test the format. The new series is set to be recorded at The RADA Studios in London in June, and will be broadcast on Radio 4 later in the year.

Baddiel currently has a number of projects on the go. He has written Sit.com, a single camera comedy pilot for Channel 4 which is focused on the infiltration of technology into people's lives; and it was announced last week that the stage musical version of his film The Infidel will be staged at Theatre Royal Stratford East from October after the Kickstarter crowdfunding campaign raised more than £55,000 towards the set up costs.

David Baddiel is also currently performing a stand-up show. Fame: Not The Musical, which is about society's obsession with celebrities, has been widely praised by critics since its debut last year. The comedian begins a four week run at London's Menier Chocolate Factory from tonight.

In the below video, filmed last year at the Edinburgh Festival, Baddiel explains why he has returned to stand-up comedy after a number of years away. 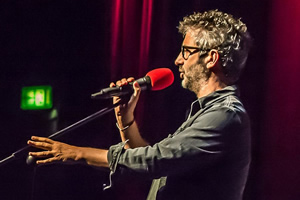