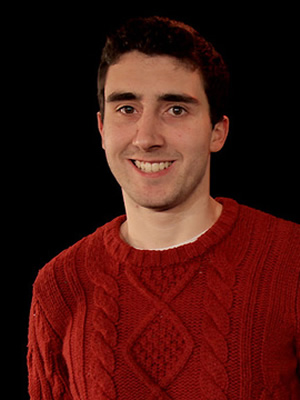 The up-and-coming comedian takes home a £1000 cash prize, and will now develop a show with BBC Radio Comedy.

The result was announced at the end of a live show broadcast on Radio 2, hosted by Patrick Kielty. The winner was decided by listeners, who voted via an online poll and phone voting.

Bugeja's self-depreciating set involved a story about visiting a food festival, and '12 facts about my life which sort of explain why I'm like this'. For example, one of which was "I always volunteer to be the designated driver so that I definitely get invited."

Speaking about how he got into comedy, he explained: "I always admired stand-up comedians growing up. I just love the idea that one person could entertain so many people at once. Then I had a go myself and I got hooked. The buzz of getting a laugh is incredible. I've never done drugs, but I imagine they wouldn't be as good. And yes it's scary, but a 'good scary'. Not like drugs, which are 'a bad scary'."

On collecting his award, the young comedian said: "I am genuinely shocked. The finalists were amazing. The standard was really good so this is a massive honour."

Talking earlier about what he'd spend his prize money on, he said: "I will probably buy a lot of new knitwear."

The BBC New Comedy Award was first launched in 1995. Previous finalists have included Alan Carr, Peter Kay, Lee Mack, Marcus Brigstocke, Russell Howard, Rhod Gilbert and Shappi Khorsandi. In 2003 the awards were scrapped, but were revived via Radio 2 in 2011.

This year over 600 new comedians applied, with 80 acts competing in eight regional heats held across the UK and broadcast on Radio 4 Extra.

Steve Bugeja was presented with his award by last year's winner, Lucy Beaumont.

The other finalists were Jonny Pelham, Ean Luckhurst, Mark Silcox, Peter Brush and Rob Carter. Ahead of the public vote result being announced, Pelham was named by the judges' as their pick.

Radio 2's Bob Shennan said: "Congratulations to Steve. I'm sure we'll be hearing a lot more from him in the future. The BBC Radio New Comedy Award 2013 has been a tightly fought competition with an extremely high standard. The award is an important part of the Radio 2 schedule and we remain committed to providing a platform for emerging talent."

Radio 4 Extra's Caroline Raphael added: "Another year. Another winner. BBC Radio 4 Extra has been delighted to play such a big part in this year's award. Every day we celebrate the best of radio comedy from across the decades from the stars of the past. Being able to cherish the BBC's comedy heritage and support the new voices and future stars is the best of both worlds for our listeners and the talent themselves."

Below you can hear Bugeja's eight minute set:

Plus here is video highlights from the show: