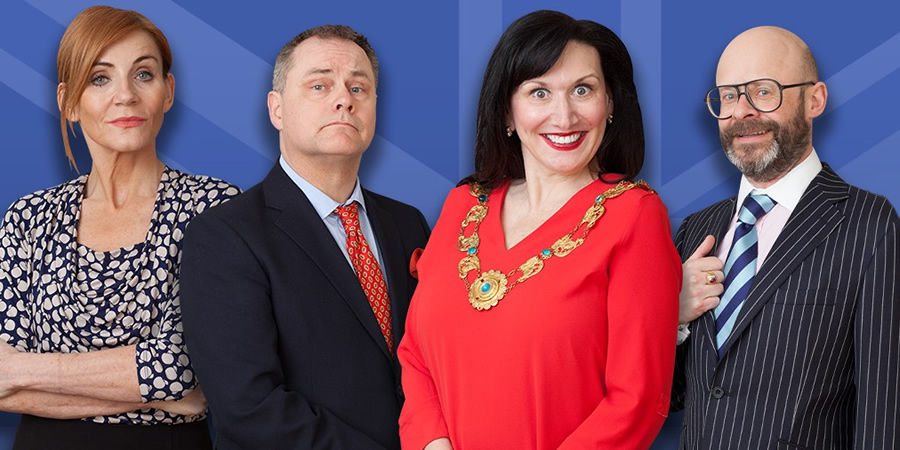 British Comedy Guide chats to Lizzie Carson, who has just been voted into power in the borough of Mansford.

Hi Lizzie. You're the new mayor of Mansford?

What do you think of your team at the council; Tim, Roger, Denise and Spike...?

Top notch! So don't believe anything you read in our local paper, about us being incompetent, ineffectual, inept, hopeless, small minded, deluded, shambolic, fifth rate.

Let's find out a bit more about you... Who are your heroes in life?

Isn't Andrea Leadsom marvellous? Neatly turned out, with no clear views of her own, other than some confusing piffle, normally prefaced with the statement "Let me be clear".

Tell us about your recent inaugural speech. It made quite an impact!

Well, I was quite keen for the borough to be aware of my single status - why waste the platform?!

I thought it would be good to let everyone know I've had my eggs frozen too... so that has, you know, 'freed me up', time wise.

What are your plans now you're in power?

Well, I thought I'd renege on any deals or financial commitments the borough has had, in order to cement a serious and long lasting negative reputation for the council, so that we're seen across the world as being the kind of crooks who don't pay their bills.

I might tell the residents a bunch of cynical lies in order to boost my own career, despite the serious catastrophic consequences for the entire borough and I might tell all residents they're not allowed to change their mind one more time even though I intend to change the rules for myself left right and centre when it suits me.

Well, at least you're honest! Imagine you one day became Prime Minister. What would be the first law you would try to introduce?

Personally thinking it uncivilized and morally wrong, I'd hold a referendum on the death penalty and hope for the best.

The latest in the borough is that the residents have voted for a new statue to be erected?

Yes, of our dear Majesty the Queen, head of the Commonwealth, Defender of the Faith. Bit of a shapeless mess though unfortunately. They had the option of going with a foreign or British sculptor - they chose the British one.

What are your plans for the summer break?

Go to the coast and put my head in the sand.