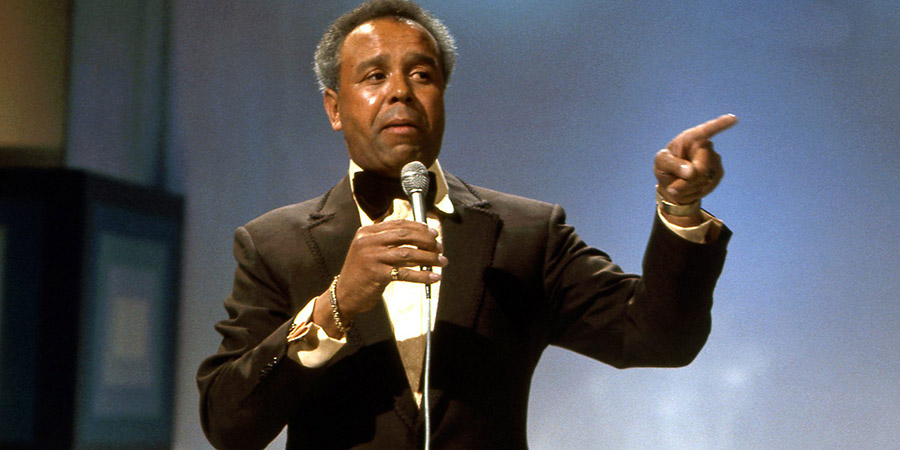 Documentary exploring the life and work of Charlie Williams, one of Britain's first professional black footballers before turning comedian

Ian McMillan sets out on a personal quest to find out more about the late professional footballer turned TV comedy star, Charlie Williams, who rose to national fame in the early 1970s with appearances on The Comedians and The Golden Shot, delivering his trademark 'me old flower' in his broad Yorkshire accent.

At 14, Charlie went down the pit and excelled at football, playing for the Upton Colliery team. This led to a successful career as a professional footballer in the 1950s when he made 151 appearances for Doncaster Rovers and was one of the first black footballers in the country.

After retiring from football, he turned his hand to singing in the local working men's clubs. He soon realised his in-between song banter was going down much better than his singing and a new career in comedy was born. He made his TV debut in 1971, starring in The Comedians alongside Bernard Manning and Frank Carson, and had a six month residence at The London Palladium.

Ian talks to Doncaster Rovers' club historian Tony Bluff to find out just why the club's fans voted him 'all time club cult hero' in a 2004 Football Focus poll. He visits Charlie's widow Janice and learns about the day he received his MBE from Prince Charles. We also hear from writer and broadcaster Dotun Adebayo, who wrote and starred in a play based on Charlie, and from Charlie's best mate and one-time agent Neil Crossland.

The combination of a black man with a broad Yorkshire accent and first-hand experience of working class life made Charlie Williams unique. Some say his gags reinforced racial stereotypes of the time, but nevertheless he was a pioneer and role model for a new generation of British black comedians.