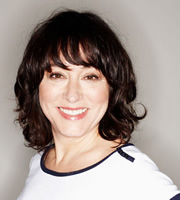 Janice Forsyth meets some of our top comedy writers to discover the secrets behind those funny lines.

'Does My Bum Look Big In This?' Arabella Weir's creation of the 'Insecure Woman' became one of the most popular characters in The Fast Show.

Born in San Francisco to Scottish parents, Arabella was brought up listening to the likes of The Goon Show on radio and watching Stanley Baxter on television.

Now an established novelist and comedy writer Arabella talks about the various characters she has created and reveals details of her new Glasgow comedy character.

Janice and Araballa have laughs along the way as they chat about her lifetime in comedy and listen to some classic clips.