Janice Forsyth talks to Neil Innes, who was regarded as the seventh member of Monty Python. 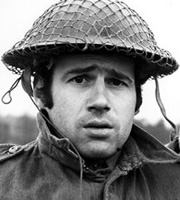 Neil Innes is regarded as the 7th member of the Monty Python team.

The creative force behind the Bonzo Dog Doo Dah Band he wrote their hit song I'm the Urban Spaceman.

Neil was Ron Nasty in The Rutles and a performer in The Beatles Magical Mystery Tour.

Still writing comic songs he talks to Janice Forsyth about his lifetime in comedy.