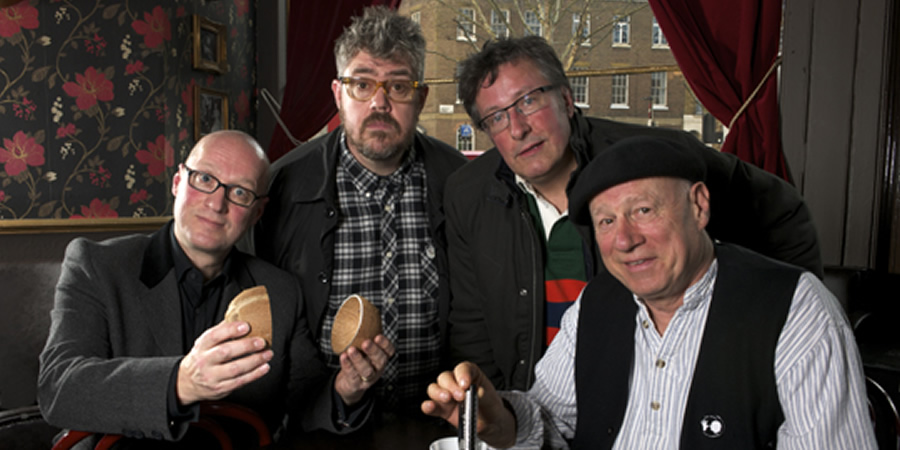 This band is a band in trouble. It has a name that cannot be said on radio and is on its uppers. The band struggles from small, under-attended gig to small, frequently cancelled gig and is constantly on the road. Constantly 'in transit'.

But its bus is more like a tardis - a surreal bus with bedrooms upstairs, a lab at the back and, naturally, a wine cellar. The band lives in the bus all the time.

Featuring the stars of the real-life outfit, The Idiot Bastard Band.

This pilot was never broadcast on Radio 4 but is available to listen to via giddygoatproductions.co.uk