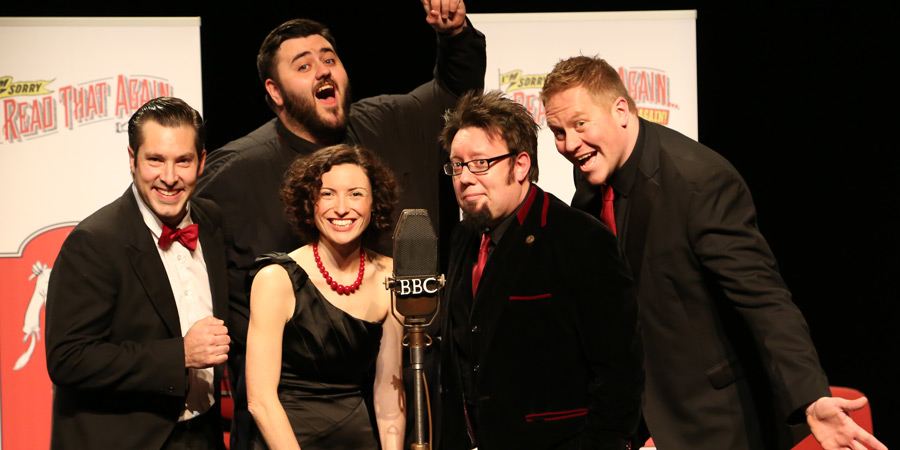 The classic radio comedy I'm Sorry, I'll Read That Again is revived as a 'Best Of' with a new cast, new musicians but - pretty much - the same old gags.

This four-part revival came off the back of a critically-acclaimed sell-out tour, adapted and directed by Barnaby Eaton-Jones from scripts and songs by Graeme Garden and Bill Oddie.