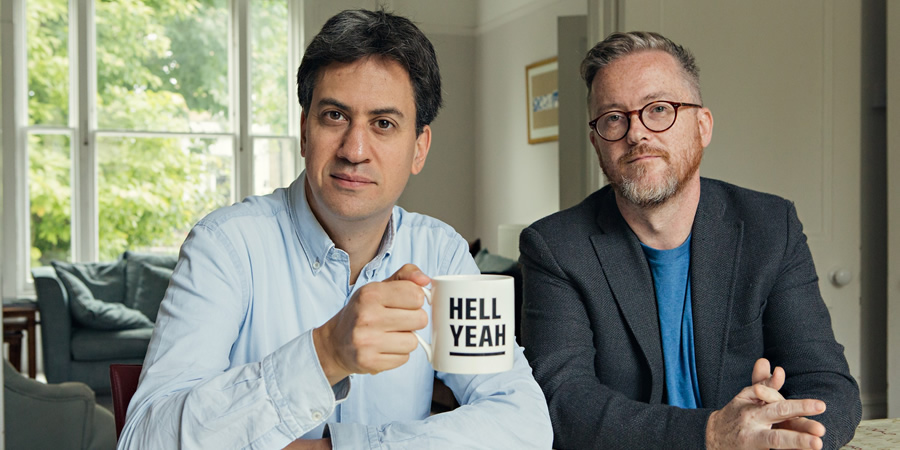 Ed Miliband turns the tables and steps into Geoff Lloyd's shoes, with Lloyd himself becoming the interview subject at Miliband's mercy.

Miliband is no stranger to both the world of broadcasting and to Lloyd himself, with the duo already making headlines with their hit podcast, Reasons to be Cheerful, which they host together and which was recently nominated for a Broadcasting Press Guild Award. The camaraderie is clear from the resulting interview, which sees Miliband likening his radio takeover to a military coup, singing lines from the famous Buggles' hit Video Killed the Radio Star, and quizzing Lloyd about the fact that his mum was still doing his laundry for him at the age of 27.

Giles Gear, Programme Manager at Union JACK radio, says: "Hometown Glory has seen some of the country's finest comedians and quirkier famous faces interviewed on Union JACK with hilarious consequences; however, this series finale is something else! Ed clearly relishes the opportunity to put Geoff on the spot and to get his own back and this makes it a must-listen show. It sets the tone for some exciting plans that are already in the mix for Series 4."