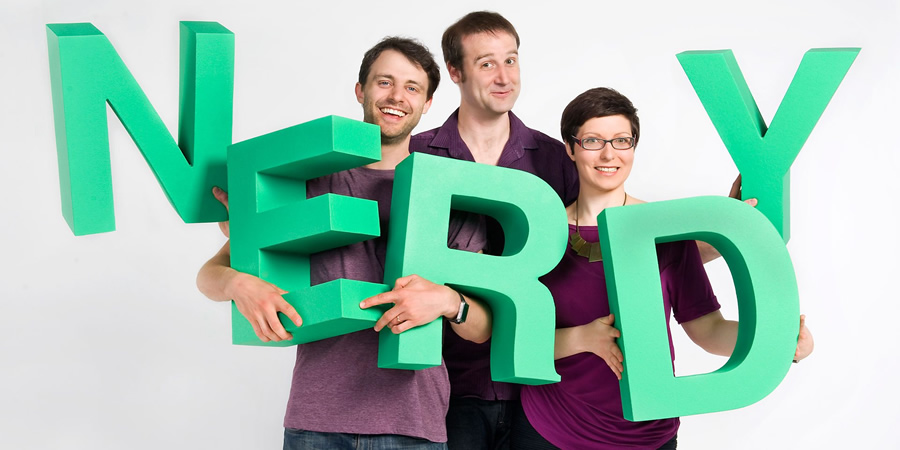 A heady combination of maths, science and comedy with the Festival of The Spoken Nerd trio

After five years of sell out shows across the UK, science comedy phenomenon Festival of the Spoken Nerd (Matt Parker, Steve Mould and Helen Arney) bring you their very first radio series on BBC Radio 4...

Domestic Science is the science comedy show that explores the science around us - where listeners get to play along at home. Take a look at the bedtime cup of hot chocolate next to you, the alarm clock within your reach, the banana in your fruit bowl, and that other object near you ... Yes, that one right there. They're all totally covered in science and the Nerds will help reveal it.

In a world where everything is shorter and sharper than ever before - TED talks, the 5:2 diet, High Intensity Interval Training - Domestic Science looks to impart bite-size learning about the everyday objects in your life. It will pop into your brain before you sleep and allow your sub-conscious to turn you into a know-it-all genius while you sleep (not scientifically proven).

Recorded in front of a live audience for BBC Radio 4, get your intensive hit of comedy, science and live experiments all from the comfort of your bed or as you drive home.