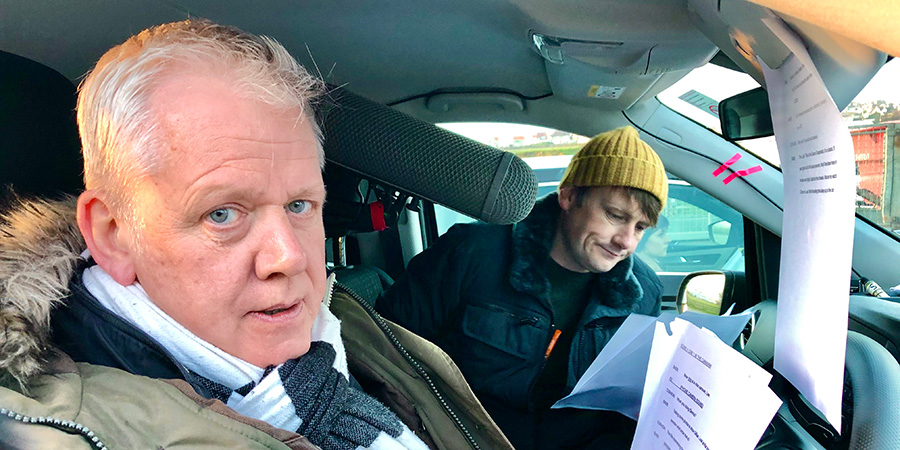 Bravo Two Charlies has Llandudno written through it like Llandudno through a stick of rock. We're off to the seaside...

On the 2nd March 2020, just before we're all not allowed to do anything, Matt Leys and I hop on a train to Llandudno to record Series 2 of BBC Radio Wales sitcom Bravo Two Charlies on location. We've got six episodes in our bags. I say our bags, they're in Matt's. I'm not deemed responsible enough for that kind of thing. The show is all written apart from one tiny bit, maybe half a page. 'We'll do it on the three-hour train journey', 'yeah, writes itself really'. 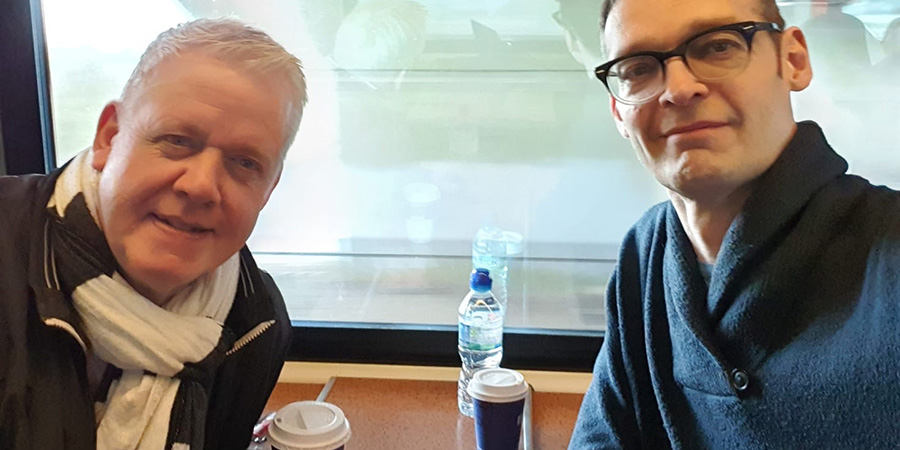 Arriving in beautiful Llandudno, it has not written itself and neither have we. Our wonderful producer Steve Doherty picks us up in a people carrier, or as we now think of it, 'the studio'. 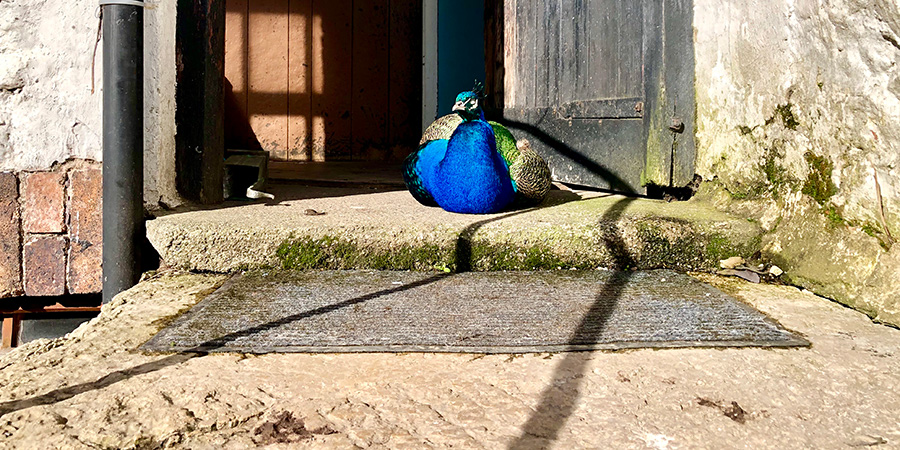 Off to Bodafon Farm Park, our location for four days recording. We're struck by the amount of peacocks here. One. One more than we were expecting. Also around 26 dogs, an owl sanctuary and a kookaburra. Perfect for a sitcom about the North Wales Traffic Police. 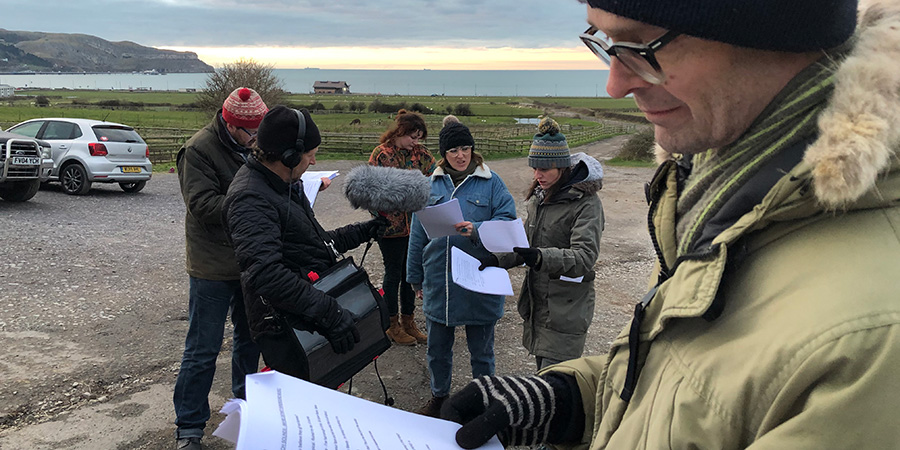 Great day's work, followed by us buying our body weight in thermal undergarments, followed by beer, curry and sleep. Oh hang on, we still haven't written that tiny scene. Do it tomorrow. 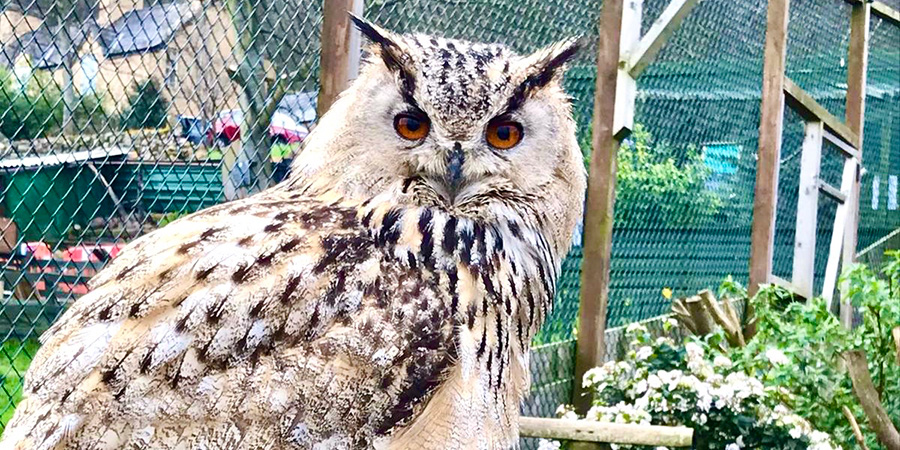 By day two we're so layered up I'm moving like a yeti wearing a bouncy castle. The owls hoot, but never in the scenes from the episode called Night, because it takes place at night. Owls are beautiful but, it turns out, not accommodating.

Jerry, our brilliant sound engineer, is forever telling us we're allowed to shiver but not paper rustle. I remind him he only has two buttons to press. He laughs and says no script rustling.

So much great work being done, apart from that tiny scene. Back to the hotel followed by beer, steak, sleep. 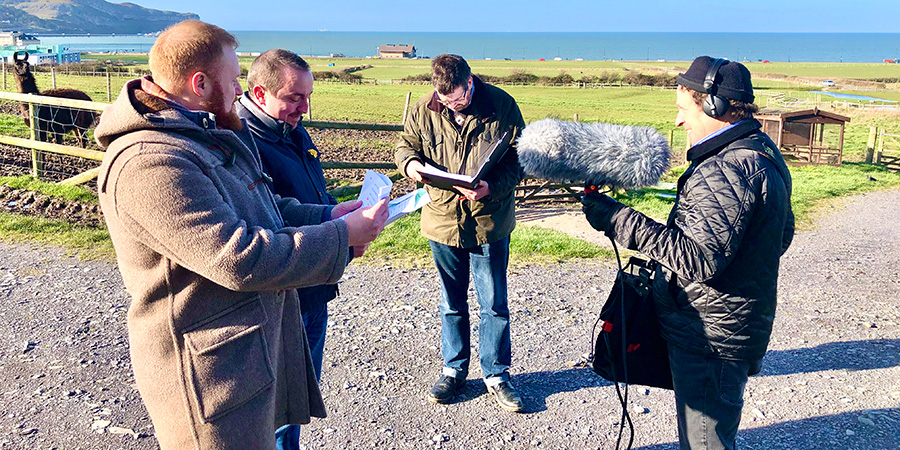 The sun is out and so are we, recording all over the farm. Mainly right next to the nosiest pony in Wales. Being Welsh, the pony can also sing. Right in the middle of takes. Our cast are so bloody fantastic that we breeze through a very busy long day.

The views over Llandudno are stunning. So stunning that we forget to write that last tiny scene. Tomorrow. Hang on, tomorrow's the last day.

Back to the hotel. Beer, fish and chips, sleep. 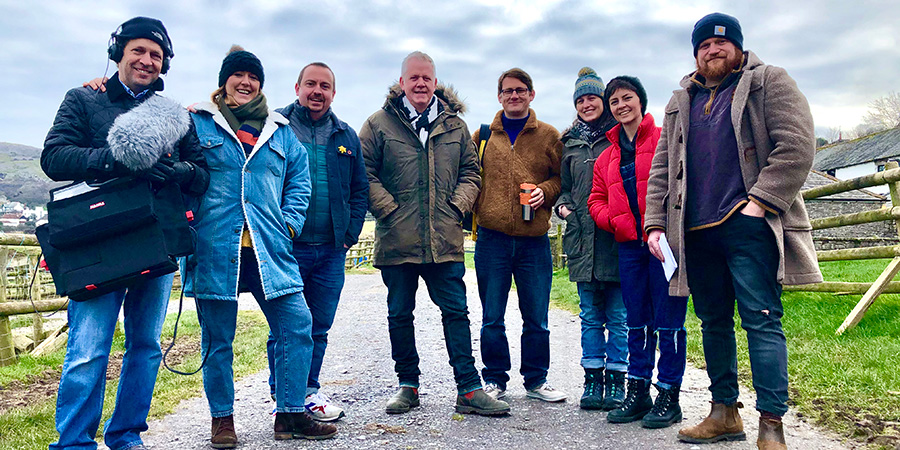 There's something magical about recording a radio show on location. You don't need to be in a field near an owl, watching the sun going down behind the Great Orme and trying not to step in peacock shit. You could be in a studio somewhere. Warm. Dry. Comfortable. Sterile. Nowhere near as much fun, and nowhere near as funny.

We finally write the scene on a phone, standing in a field, as it's getting dark. 'Here it is Steve' - and we still end up rewriting it whilst recording. But all six shows are done. Thanks, Llandudno. We're off back to balmy London Town.