Hardeep At The Stand, Episode 5 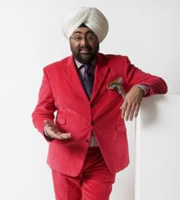 First on stage in this episode is an international comedian, enjoying huge success in the USA. Matt Kirshen realises that there's some truth in Santa's stories and demystifies cowboys in a way you wont expect.

Boothby Graffoe has had a very loyal following over the years and with a spectacular fast paced musical performance from him you will soon be a fan too.

Keeping the Scottish side of comedy up for this episode is the instantly loveable John Gillick, who has crafted his material over a number of years around the UK, making him one of Scotland's best joke slingers.