Another Case Of Milton Jones - Series 2

In each episode, Milton is a complete and utter expert at something - and in each episode, with absolutely no ability or competence, he plunges into four furiously funny and fast-paced adventures. First he gets involved in a dastardly plot involving the Bayeaux Tapestry, the Da Vinci Code, and a quote for some guttering. Next up, he's a world-famous explorer, searching for the source of the longest anorak zip in the world. Then he becomes into a Championship Jockey racing for his life in Abu Dhabi via Blackpool Sands and a dodgy baseball bat warehouse in Toxteth. And finally, as an inspirational Mayor of London, Milton plays Twister at the UN, accidentally hosts the 2008 Beijing Olympics and floods Wandsworth.

And if that wasn't enough, he's worried the pigeons in Trafalgar Square might be organising a coup... 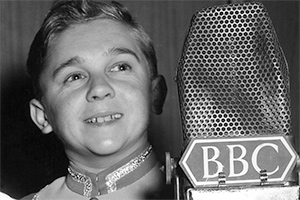