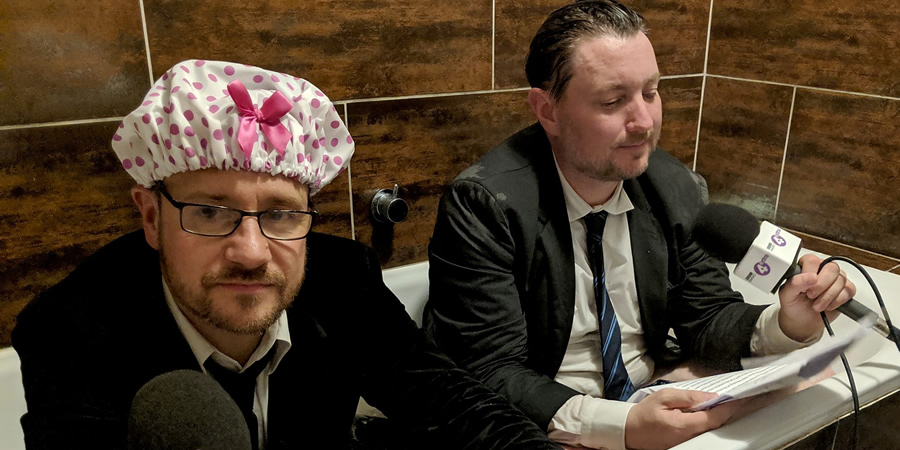 A Book At Bathtime

Jon Holmes and Jake Yapp read a book, whilst in the bath together

A Book At Bathtime is a series of seven short comedy programmes, broadcast across a week as part of BBC Radio 4 Extra's Comedy Club.

Jon Holmes reads a serialised bedtime story from the bath. So far so good. The only problem is that he happens to be sharing his bath with Jake Yapp. And so, with a constant series of asides and interjections, they stagger bravely through the novella, hopefully reaching some kind of a coherent conclusion by the end of the week.

Jon is sharing a serious and important piece of literature, Dusty Passages by Malcolm Throbbswell. A new tale of lust and longing, truth and redemption, and vigorously requited passion in later life, with all its accompanying, rather dreary, pretentious and self-indulgent tropes. Jake's attitude is that if it doesn't have guns or at least aeroplanes it's probably not worth bothering with. Just the right sort of late night literary debate. In the bath.

There will also be a lot of bath-related asides (because they are actually in the bath) about what your flavour of body spray says about you, who gets the tap end, and how bath bombs work.