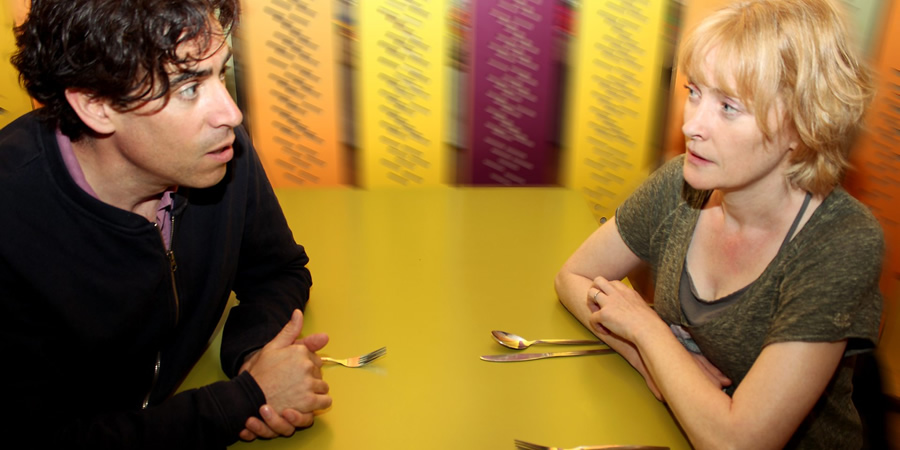 Stephen Mangan and Claire Skinner star in Marcy Kahan's comedy about two old friends, Bill and Bella, who meet for lunch every month where they talk about everything except how much they love each other.

Bill works as an economist in a right wing institute giving support to bankers and businessmen. Bella teaches yoga, waters the plants in Canary Wharf and holds a Proust seminar for retirees.

But years ago they shared a flat before Bill got married and moved to the States. Now he's back and he's feeling a little off kilter; his son's stopped talking to him, his wife's not interested, so he decides to hook up again with Bella. Now, years on they disagree about everything; it's the beginning of a beautiful relationship!