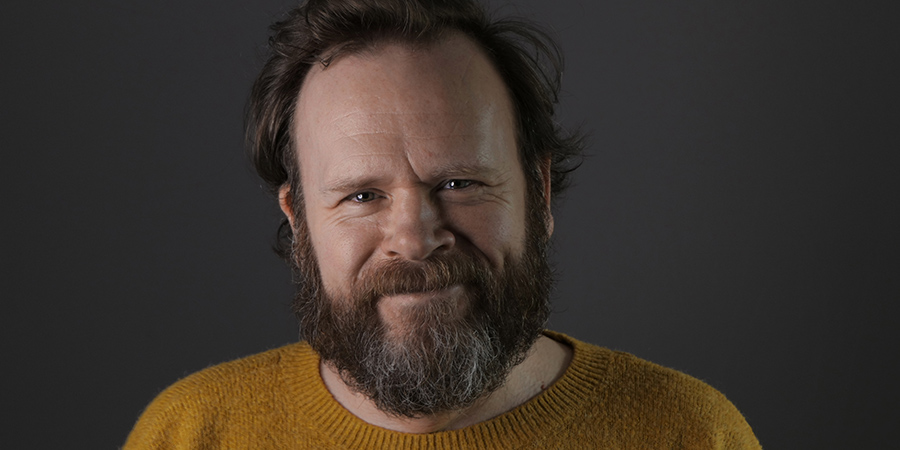 Starring, with animation and co-edited by Toby Williams, short film She Monster has been named Best Short at the inaugural NOLO Film Festival. Exclusively for BCG Pro, Toby talks about taking eight years to make the short.

I first met director Ben Mallaby in 2011 working on a short film written by and starring Nat Luurtsema, who I'd know for a few years from the stand-up circuit. It was a really fun shoot - the film Island Queen went on to be nominated for the BAFTA for Best Short Film - so we were keen to work together again and looked around for an idea.

I told Ben about a time I'd gone surfing on my own in Cornwall one October. The waves weren't doing much but still I paddled out like a frenzied halfwit - so furiously, in fact, that when I looked back, the beach and cliff were just a thin smear on the horizon. I was a little panicked but was mainly thinking of the ignominy of having to be rescued by the coastguard - before I realised that nobody knew where I was or had seen me paddle out. I set about steadily paddling in, head down arms churning, but after an age I looked up and wasn't any closer. Fear helped with the next paddling session but still no closer. I kept working my arms till I was on the edge of exhaustion when, despite a relatively calm sea, I heard a loud thundering behind me. I put on a spurt and a wave crashed on the back of my board and carried me all the way in before unceremoniously fetching me up onto the beach. I lay there face down on the board for a while before up-chucking my breakfast.

I wrote it up as a simple story and we were moving forward with it when Ben started working with a couple of amazing VFX guys - Chris and Guy Elson - and suggested we get them on board. So the script developed into a big, trippy fantasy - with a lot of VFX shots - and a tale of wounded pride and how we cling to a version of the world that suits us. The story also grew to a cast of three, parts that were perfect for Nat Luurtsema and another friend from the comedy scene, Paul F. Taylor.

We shot the film with a skeleton crew in Whitstable in October 2012 and it wasn't until the drive down that I realised I'd written something that would involve me being in the sea all day. The weather was not ideal for filming, swinging wildly from cold rain to bright sunshine. The sea was cold, but at least it wasn't too rough and I spent about 8 or 9 hours in it, with Kieron the sound guy up to his waste and Ben standing in the sea with his camera in a plastic bag, whilst the effects guys shot miniatures back on the beach. It was a fun but gruelling day, and Nat was especially a legend as she had to come up from under the bitterly cold sea and sit on the board over and over again - with no wet suit. On the drive home we decided our next short should be called, 'Hot Tub Pub' where we all just sit in a hot tub inside a pub and drink. We haven't made it yet.

After we wrapped we all went on to film another short, Battlecock, for which we had won funding from the BFI's Film London. We switched the VFX guys over onto Battlecock and after that was finished Chris and Guy unfortunately (for us, not them!) joined a long, paid project and so She Monster was left unfinished - save for one great VFX shot which they'd luckily completed. We tried various ideas and edits over the next few years but couldn't get the short to work without the other effects sequences until, around mid-2020, I had the idea of animating them - the main character is tripping on a cocktail of various hallucinogens at the time so why not? And I loved the idea of doing something that mixed live action and animation, like my childhood favourite, The Water Babies.

So I sat on my bed for about two months animating 'the trip' at 12 frames per second and trying to get that Bob Godfrey juddering effect from Roobarb & Custard - which only seemed to work in certain scenes. Anyway, by the time I'd finished we had a film that had a sea monster and a submarine in it - no mean feat for a low budget, self-funded short. Then Nat and Paul came over to my place and did some amazing ADR on a load of scenes that were destroyed by the high shore winds or by waves banging against the surfboard.

After all that I wasn't quite sure what I'd ended up with or whether it was any good - a position I'm sure all film-makers find themselves in, but as I'd gone through this one frame-by-frame I really had lost sight of the big picture. At times I knew we had a great short, and at others I thought I was staring at a pile of crap! Nevertheless, I got together a small budget for festivals and started entering. Quite a few rejections came back, as they do, and it took quite a while before She Monster started connecting. I am so grateful for all the festivals that have taken our film, each one really does make it feel worth the effort, and so to win Best Short at NOLO really is a fantastic feeling. Everybody involved put so much effort in on a gruelling October day nearly nine years ago, so they really deserve this.