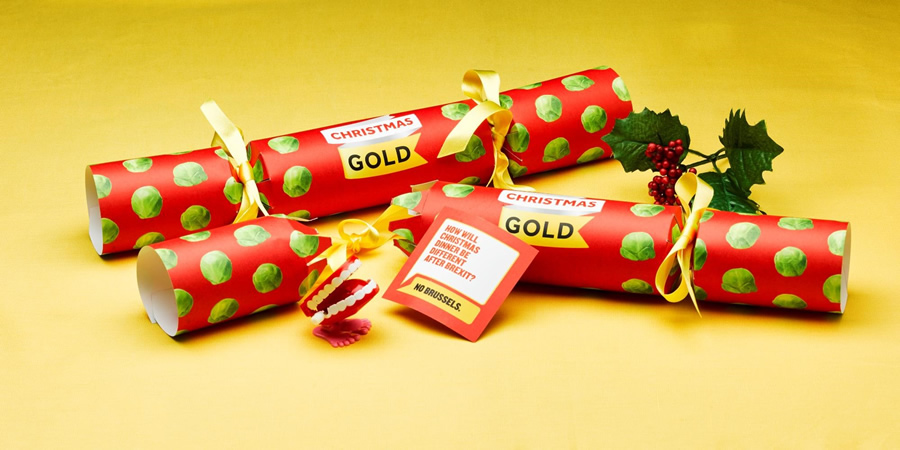 This competition is now closed

The channel is once again calling for topical festive gags - this time covering all the ups and downs of the tumultuous 2020.

The competition has been running for eight years. Last year's winning joke was the president-inspired gag: "Why does Donald Trump have his Christmas dinner on a plastic plate? He doesn't get on with China." The 2018 winner also happened to focus on the politician: "What does Donald Trump do after he pulls a cracker? Pays her off."

The channel says: "With topics such as Brexit chaos, Zoom quizzes and Megxit, to Kanye's run for presidency and the end of the Kardashians to choose from, the aim is to get the country chuckling and keep spirits up this Christmas."

The winner will receive £1,500 experience vouchers, a festive-themed food and drink hamper and as well as their joke being included in a personalised set of crackers ready to pull on the big day, it will also be featured on Gold ad breaks throughout December.

The nine runners-up will receive a festive Christmas hamper, a box of bespoke Gold Christmas crackers, which includes the top six winning jokes, as well as seeing their joke on Gold ad breaks.

The best jokes will be shortlisted by a panel led by comedy critic and editor of comedy website Beyond The Joke, Bruce Dessau. He says: "I'm sure we can all agree that 2020 has been one of the strangest and most turbulent yet! However, despite the ups and downs, our British wit means we can always find something to smile about. From awkward family Zoom calls to Tiger King, I'm looking forward to see what comic gems emerge from this year's Gold Christmas Crackers competition."

Gerald Casey from Gold adds: "This is a Gold tradition and every year I'm so impressed by the comedy talent of our viewers. I'm looking forward to seeing what jokes the British public come up with this year."

The competition is open to all UK residents aged 18 and over. Gold is looking for the most original festive jokes that put a comedy twist on the news agenda or pop culture across the past year. Jokes must be original content and suitable for a family audience (e.g. no swear words or offensive content).

- The joke entry must be included within one tweet (i.e. not be more than 280 characters), including #GoldCrackers