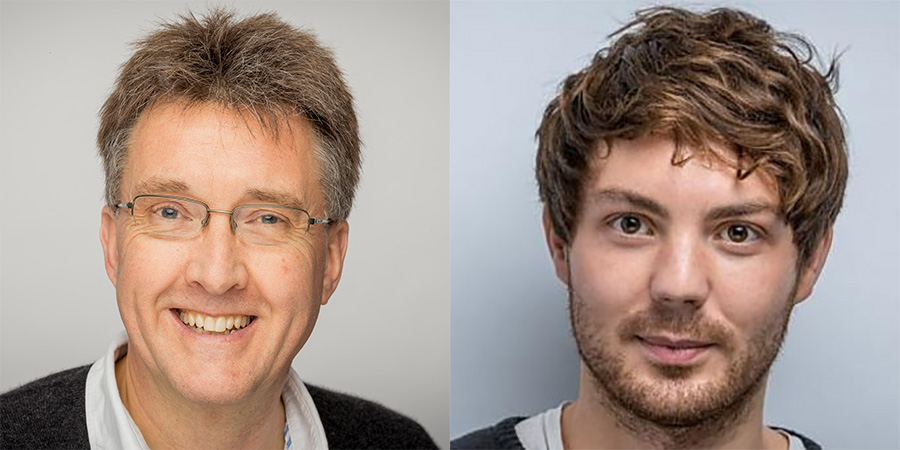 Stephen McCrum, the executive producer on This Country, and the sitcom's producer Simon Mayhew-Archer, have joined together to launch Camden Productions.

Deadline reports that the duo are setting up their independent production house with backing from finance company Great Point.

Series 3 of This Country, which creators Daisy May Cooper and Charlie Cooper have said will be the final series, bowed out as a ratings hit this month. Recently released figures reveal the three series of the gentle comedy have been requested more than 52 million times on iPlayer.
Stephen McCrum has produced Mrs Brown's Boys, and his recent executive producer credits with BBC Studios include Scarborough and Josh.

Simon Mayhew-Archer, who is the son of Vicar Of Dibley writer Paul Mayhew-Archer, started his comedy career as a producer on Radio 4 with shows including Newsjack and Tom Wrigglesworth's Open Letters. His first TV show was working with McCrum on Josh, the BBC Three sitcom written by and starring Josh Widdicombe.

Simon Mayhew-Archer comments: "What the hell am I meant to write in a press release about launching a new production company during a global pandemic? Ideas welcome. Thanks. (Which is my way of saying Stephen and I are incredibly excited to be starting Camden and very grateful to Great Point for putting their faith in us. We have already started working with some fantastic writers and performers and can't wait to bring cheer to the living rooms, hearts, and cellularly connected mobile devices of the world)."

Jim Reeve, co-founder of Great Point, commented: "In spite of the huge hit to the production community in recent weeks, it's important that we continue to look to the future and invest now to help ensure the ongoing success of the UK's creative industries post Covid-19. The Camden team has an impressive reputation for crafting content that captures the attention of audiences. Our support at this time will help Camden's next stage growth, meaning we'll see more of their fantastic work on screen in future."