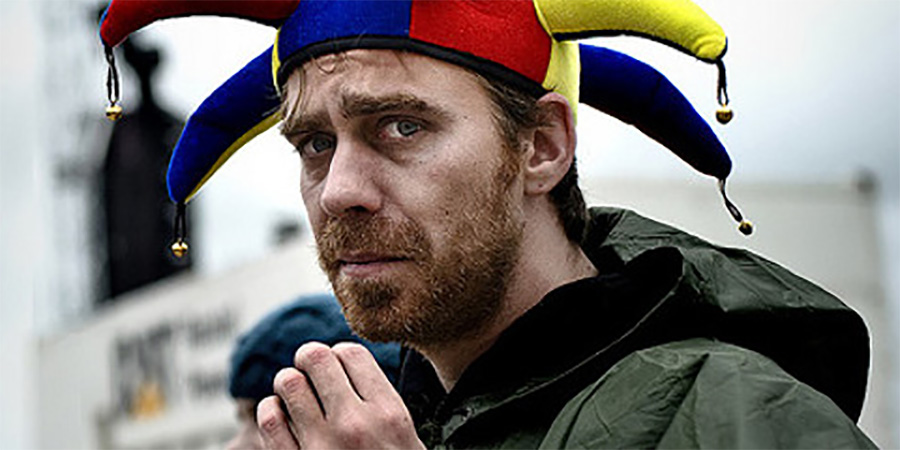 Brett Vincent is one of the most experienced comedy promoters in the UK. Via his company GetComedy he has organised countless shows over the last decade. However, like most promoters, coronavirus lockdown has now severely impacted his business model. As he explains below, rather than give up though, he's helped create The Drive-In Club. Launching this Friday in Brent Cross, the experience is set to deliver quality live comedy to fans again.

When did the idea emerge?

The idea for The Drive-In Club began a few weeks before the UK entered lockdown, when a ban on gatherings of 500 people or more in Austria meant I sadly had to cancel The Altitude Comedy Festival, which I produce in the ski resort of Mayrhofen each year. Heartbroken and in disbelief at having cancelled the festival for the very first time, my team at GetComedy began to desperately brainstorm all the possible ways live comedy and events could still operate if Covid-19 took hold of the UK in an equally serious fashion.

When the scale of the coronavirus in the UK meant the entire live arts industry halted practically overnight, we were really scared. Suddenly myself and thousands of comedy artists, crew, venues and agencies were all out of work, with very few of us qualifying for the government support which others could access. It was a really dark few weeks. At this point the idea we'd had of 'Drive-In' live gigs no longer seemed so pie in the sky, and started to look like our best option to avoid sinking entirely. 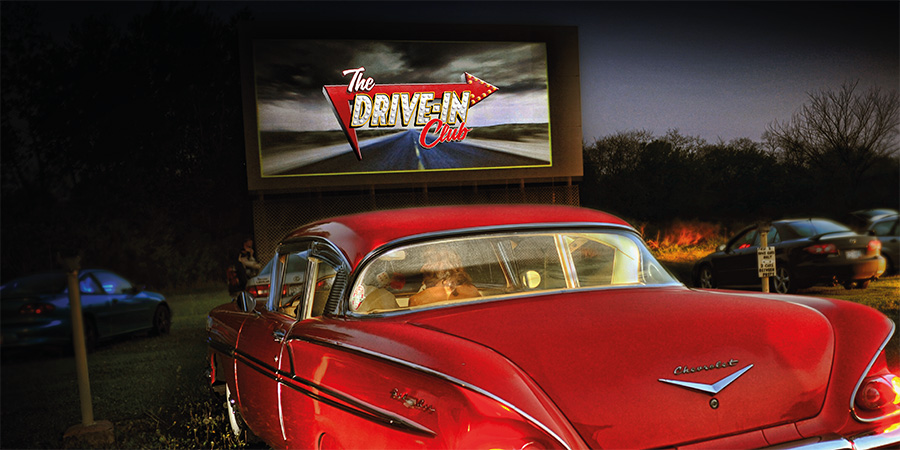 How has the plan come together?

After some initial research of all the pieces required to produce drive-in events, I realised I was going to need a lot of help to pull this off. I rang numerous companies and associates, explaining my idea at length and trying to gain their support. Many loved the idea, but didn't have the teams or resources needed to help.

Eventually, my luck came in when Rich & Eric of The Manual London, who I'd previously worked with on the Comedy Central festival, agreed to join forces on the project.

Together with their incredible team, they helped put into real terms just how much money, care, regulations and equipment would be needed in order to produce The Drive-In Club events safely. It has taken a tremendous amount of work over the last few months, but together our teams have produced something that we think is going to be entirely worth all of the effort.

What have been your biggest struggles?

The actual concept of Drive-In entertainment is an old one, and so unsurprisingly we have found ourselves in the last few weeks with new competitors emerging, attempting to book the same spaces, acts, and more. Thankfully being slightly ahead of the curve has served us well, and we are thrilled with our line up and the venues we've secured.

We've also had to constantly evolve our plans in-line with government advice around social distancing and the changing regulations in place.

What has surprised you the most?

It has been amazing to receive such positivity and eagerness from the performers, agents and producers when they've heard what The Drive-In Club has to offer. So many have understood that, by getting involved, they can help our entire industry stay afloat, create more opportunities for acts, put many staff and event crew back to work, and ultimately play a small part in restabilising the entertainment sector. 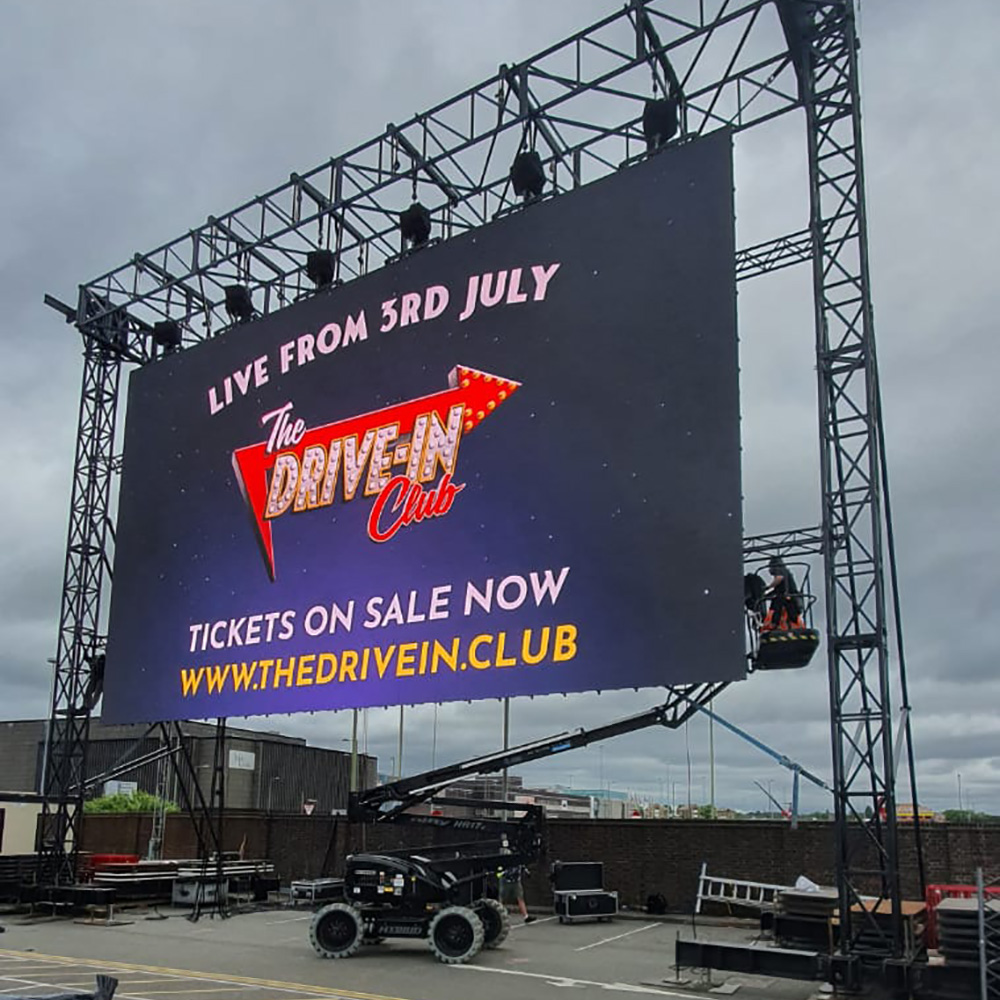 The knowledge that, whilst lockdown restrictions of some form are still in place in the UK, there is no plan B for our industry currently. I couldn't bear to see my colleagues and artists out of work and facing such uncertainty.

When all of this started, I had also just found out I am going to be a dad (hurrah!), so I simply didn't have the option of holding my breath and waiting to see when this would pass. I had to take action.

What separates you from your competitors?

I truly believe that we secured a comedy, kids show and music line up which surpasses any other on the market, and that in part this is due to the fact that we have placed such a huge and integral focus on the wellbeing of our audiences, acts and crew. We have invested a massive amount of time and energy ensuring our events will comply with the utmost health & safety standards, and meet the most up to date regulations to keep everyone involved safe.

At our events, unlike others, our audience are permitted to bring chairs along and sit outside of their vehicle within their allotted car parking space, or even on their car bonnet whilst they enjoy the show. We want people to feel closer to the action and to have a sense of sharing in the experience with those around them.

Finally, we wanted to be able to give back to the heroes who have given so much for us throughout this crisis - and so hundreds of our tickets are being offered free of charge to NHS and other frontline workers. We're also very proud to be working with Comic Relief as our charity partner.

What do you want to see next, after this?

Of course, we hope that Covid-19 won't be around too much longer and that our lives and industry will eventually return to normal. But, in the meantime, we plan to continue to adapt and grow The Drive-In Club events with each phase of the lockdown. We want to allow people a space to reconnect - through shared laughter, tears, excitement, education, drama, spoken word and visual storytelling - in a way that Covid-19 has so far prohibited for 2020.

The Drive-In Club runs until at least 9th August. The line-up includes Jason Manford, Omid Djalili, Bill Bailey, Shappi Khorsandi, Milton Jones and many more. All the details are on thedrivein.club