RHLSTP #51: Sara Pascoe - Kamikaze Sperm. Even though eight days have passed since the Half-Marathon, Richard still aches like it was all just yesterday. But he will soon forget his woes when he chats to the great-grandaughter of music writer Rosa Newmarch (and you never know who her great-grandfather might have been), Sara Pascoe. In what is one of Rich's favourite ever RHLSTPs the chat encompasses whether a vegan can eat a ham hand, how a six foot tall penis man would cope with his terrible life, what it's like to be part of a younger generation of comedians who are about to storm the comedy citadel and claim their rightful crown, and why there should be more women on Would I Lie To You?. Sara and Richard chat about how they fell in love (with other people) as their significant others possibly get together in the darkness of the auditorium.

The videos of these shows are now available for FREE on iTunes, YouTube and Vimeo. If you'd like to make a donation to keep these services and this show running then give a one-off or monthly sum of your choice at gofasterstripe.com/badges. Or come and see Richard on tour. Tour dates 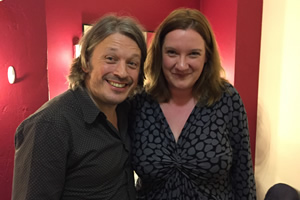 RHLSTP #52: Sarah Millican - Why Won't You Tell Us Your Exact Address? Rich has some surprising and life-changing news to share, but that doesn't mean that gloves (and pants... 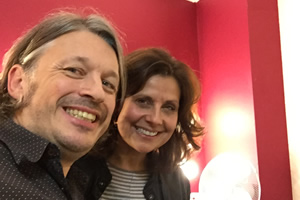 RHLSTP #53: Rebecca Front. Richard is very excited about his Nostradamus-like abilities to predict the future and makes another audacious claim about future-tech. Only time will tell if he is... 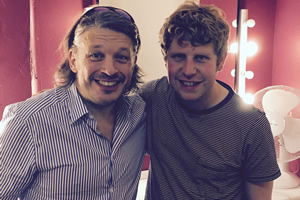 RHLSTP #54: Josh Widdicombe - Celebrity Juice. Rich is excited to reveal his new 'grown-up' question notebook, but will having a baby make him stop finding some jokes funny? His... 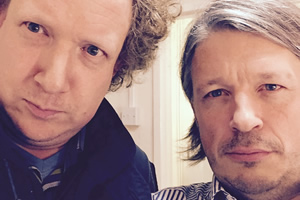 RHLSTP #55: Andy Zaltzman - Pogo Stick Assassin. Rich has more ideas for terrorist atrocities and wonders if vitamin supplements might be the key to bringing down an aeroplane. His... 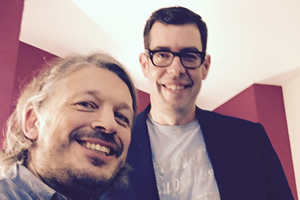 RHLSTP #56: Richard Osman - Desert Island Dicks. Richard has been considering his own mortality after a visit to Highgate Cemetery, realising that one day he himself might die. But...