Beattie Edmondson and Richard Herring are Pappy's house guests and Isy Suttie makes a special guest appearance in a show recorded in May 2016 that features some of the longest and most drawn out rounds we've ever devised! But fun nonetheless with knives, jugs, catchphrases and at least once threatened punch.

If you're a fan of the show and would like to bung us a few quid for this episode and the many others we've spewed out in the past, you can do so here

Of course, your help spreading the word about this episode and the show in general is also brilliant and very welcome - thanks! 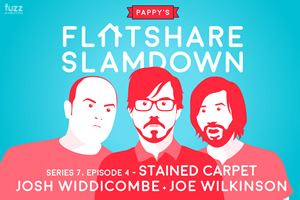 Josh Widdicombe and Joe Wilkinson are Pappy's guests in a show recorded in June 2015 which Producer Ben has been psyching himself up to edit ever since. It features the... 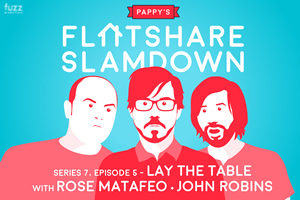 Rose Matafeo and John Robins join Pappy's for a bumper episode - so bumper in fact that it is arriving at your ears more than a month late! Sorry! It's... 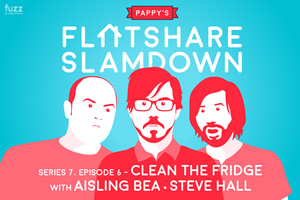 Aisling Bea and Steve Hall are Pappy's housemates for a special episode recorded at the 2017 Latitude Festival. As well as battling it out to see who has to clean... 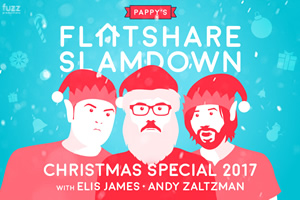 It's Chriiiistmaaaaaaaaaas! ...and Elis James and Andy Zaltzman are the gifts that keep on giving in this typically, nay, traditionally shambolic and festive episode, stuffed (like a badly prepared turkey)... 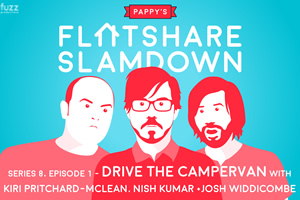 Kiri Pritchard-McLean, Nish Kumar and Josh Widdicombe are the triple threat of guests to join Pappy's in this first episode of Series 8 - recorded at the wonderful 2017 Machynlleth...