Helen Zaltzman and Holly Burn join Pappy's at Green Man festival for a fun episode recorded in a massive comedy tent at 1am on a Sunday morning! Featuring... the letter P, the phrase 'pop it up my little bot bot', voodoo and at least one contestant who has no idea what is going on.

The virtuoso artwork comes from the pens and brain of Tom Hyatt - check out more of his work, and - aptly given that this episode is music festival-based - his music, at his website: tomhyatt.co.uk 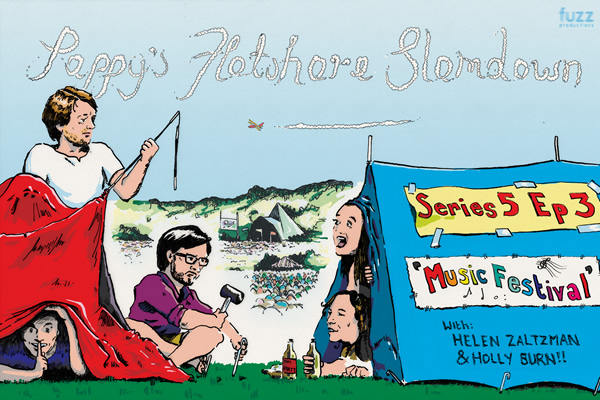 Romesh Ranganathan and Rob Beckett join Pappy's in the last episode of this short but hopefully perfectly formed series. Featuring... grumpiness, cheeriness, two Billies and windmilling. The brilliant but...

New Recordings Announcement! Just a quick mini podcast to announce a series of upcoming new gigs. We doing monthly recordings in London with Producer Ben's other podcast Do The...

Just a quick mini podcast to announce Pappy's plans for world podcast domination. Coming up before Christmas we'll have a new Christmas Special for you, then from January we'll have... 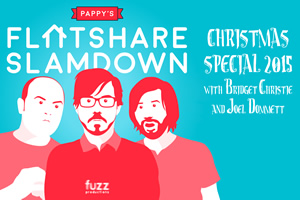 Bridget Christie and Joel Dommett join Pappy's for a very merry festive special. Unwrap it and you will find many yuletide goodies within including a new 12 days of Christmas... 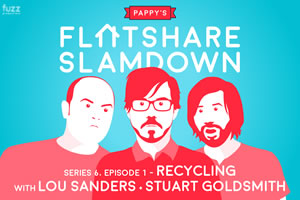 Lou Sanders and Stuart Goldsmith join Pappy's for the first episode of Series 6! Brace yourself for all the usual gubbins PLUS: Matthew apologising for his script, Ben eventually working...