AIOTM Audio Extra 4: Farage in the Garage. It's the AIOTM (aiotm) team's fourth attempt to give you bonus content and try and tempt you down to come and see a show live or subscribe to the channel of video extras, but is the tactic working or just putting people off? Dan Tetsell is back after his unexplained absence and the team (even producer Ben) have all been given kickstarter t-shirts (there are a few surplus ones available to buy at gofasterstripe.com PLUS the Cumpkin Tea Towel - the perfect Christmas gift). There is stuff about who was the real hero in Spartacus, the last person from the 1800s, The Cat in the Hat, Ferrero Rocher, a fitting tribute to a late Anus Arsehole and an amazing TWO Christmas songs from Christian Reilly. Plus the birth of a new cartoon character who is bound to become a perennial Christmas favourite. Itttt's Chriiiiiiissssssssttttttmaaaaas! 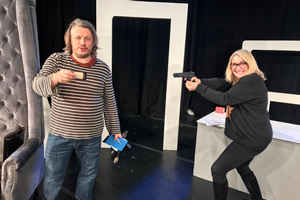 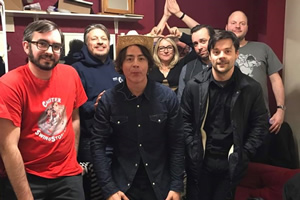 AIOTM Video Series #3: Kniforkoon. We're a cast member down and the new young blood on the team seems to be plotting a permanent takeover. It reminds me of something,...