Rich is excited to have reached this landmark twentieth episode and to have been moved to a prime time 7.30pm on Friday slot on Twitch TV. It's the time the other Twitchers would kill for. He has an anniversary question for the Queen and Prince Philip (and any of their children who might turn up) and he's trying out a couple more characters (but will be they be as solid as Conspiracy Theo?). Ally and Rich discuss dummies in the real world, the alternative definitions of faggots and the Pope's Instagram. And some of the regular characters return, whilst there isn't time for others and it's already the longest show yet... oh God.

Sponsor Rich for Movember by either subbing on Twitch or becoming a monthly badger http://gofasterstripe.com/badges (all November subs go to Movember) or by donating here http://rhlstp.co.uk/movember Buy Richard's book (maybe for 99p) here https://www.amazon.co.uk/gp/bestsellers/digital-text/ Or from gofasterstripe.com where you can get a signed book plate and a badge 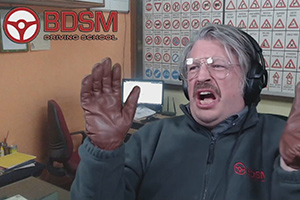 Episode 21 - Swear Words Are The Tools of Fools

The stability of the show has been rocked by a breakaway new star. How will this impact on the others and which characters are heading for the bin? The Writers'...