William Samson is a comedy writer and performer. He has performed at The Glasgow International Comedy Festival and The Edinburgh Fringe in 2019.

William was born in Glasgow and raised in Cumbernauld. He used to be a Police officer and learned a lot about life in that job and how to write a report. But it has mainly been about writing comedy for him.
Even as a child William was keen on performing, be it acting, singing or telling jokes. It was at a young age he learned that he liked to make people laugh. So, as he wanted to follow a career in entertainment, he attended the Royal Scottish Academy of Music and Drama, however circumstances changed and he had to get a "proper job" and he went into the Police (So he has never really had a proper job!).
After leaving the Police William took up being a videographer and has had the privilege of filming many fine performers. Working behind the camera he has made many short films and a few feature length films including two Westerns made in Scotland! (Yes, Westerns made in Scotland!)
William has been getting involved in lots of projects. He regularly works on Murder Mystery events involving high farce scripts and having to make use of his improv skills with audience members.
As part of being a videographer William took up script writing, concentrating mainly on comedy. He was the main writer on the web series Raptor Newz where he also plays one of the news readers.
Over the years he has formed teams and written scripts for the Edinburgh and Glasgow heats of the 48 Hour Film Project which is a competition that takes place in cities throughout the world.
William has written a TV sitcom called The Adventures of Leonard Biscuit. In 2018 he decided to convert some of the episodes into radio plays and perform them on stage before a live audience. This was so successful he performed the show again at the Glasgow International Comedy Festival in 2019 and he took the show to the Edinburgh Fringe the same year. He has plans to continue performing the live radio show again at the earliest opportunity. The show has actually been aired on two local radio stations and approaches will be made to other stations to have the show broadcast.
Sitting in the wings and waiting to be produced is another web series written by William and involving only three actors. William usually gets his scripts "workshopped" by actors and other directors to confirm that what he is producing is actually appreciated by an audience.
Back in 2007 one of Williams early short films was BAFTA nominated and this year (2020) one of his scripts (The Suspicious Nun) won a place at the act4tv FEB Fest 2020 in Manchester. The prize being that the organisation turned the script into a short film.
Using all of the experience he has gained in life, acting and filmmaking William is keen to let everyone know about his script writing and hopefully bring some more laughter into the world. 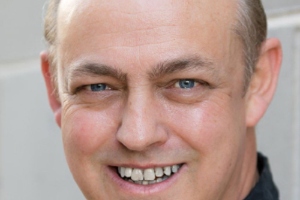