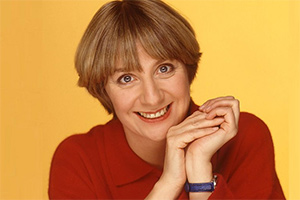 Win a copy of the brand new, fully authorised biography of Victoria Wood. We have 3 to give away.

Let's Do It by Jasper Rees review

The secret of Wood's humour was her lonely childhood, says Libby Purves.

The hidden face of Victoria Wood

Behind the genial image of the beloved comedienne was a ruthless perfectionist who filled her co-stars with dread - and was jealous of even close friends such as Julie Walters.

Book review: Let's Do It

This comprehensive biography provides Wood with a well-deserved celebration of her hugely accomplished life while not glossing over her unhappy childhood, difficult rise to the top, her sometimes infuriating perfectionism, her marriage break-up as well as her heartbreaking final illness.

Wood & Walters once got so drunk they woke on bar floor

After striking up a friendship with Julie Walters, "shy" Victoria Wood found her pal had become not only a close friend, but also her muse for her comedy acting which propelled their pair of them to stardom.

Victoria Wood's best work had a comic breadth and energy few contemporaries could match. When she died in 2016, for some fans it was as though a family member had been taken from them. Now an authorised biography looks at what lay behind her extraordinary and multifaceted talent.

Julie Walters will be featuring as part of an all-star cast for the audiobook of Jasper Rees' authorised biography of Victoria Wood, Let's Do It.

Trapeze has promised the audiobook will be "a rich, multi-voice recording narrated by an all-star cast of some of the legendary performers who worked with Victoria over her iconic career". Alongside Walters narrating will be Celia Imrie, Duncan Preston, Susie Blake, Anne Reid, David Threlfall, Daniel Rigby, Jane Wymark, Richenda Carey and Kate Robbins. An introduction will be narrated by Rees himself.

Victoria Wood biography exclusive: 'She made audiences laugh till it hurt and choked them up with sorrow'. Jasper Rees explains what made the great Lancastrian a comedian like no other.