Susan Calman is gearing up for Hogmanay 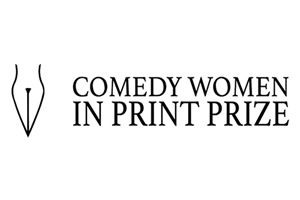 Wednesday 13th February 2019
This feature refers to an event that has now finished.

Katy Brand, Susan Calman, Jenny Eclair and Shazia Mirza will be amongst the judges for the Comedy Women in Print Prize 2019 (CWIP) competition. 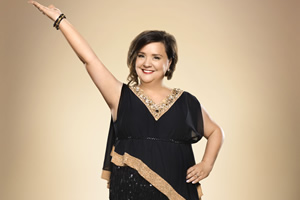 Susan Calman talks about why she has said 'yes' to taking part in Strictly Come Dancing. 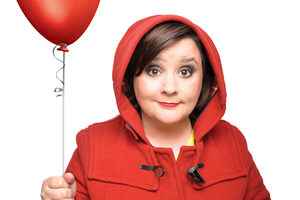 Susan Calman: 'I hate festivals. I really hate them'

The comedy line-up has been announced for Latitude Festival. One name that jumps out of the list is Susan Calman. We thought she didn't like outdoor festivals? This should be interesting. 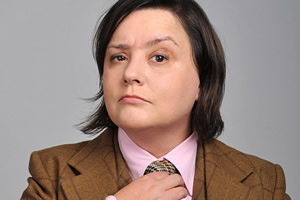 Queen of Radio 4, Susan Calman has her sights on some other big BBC properties too. But how did she get there?

Susan Calman has signed a deal to write her first book, about living and coping with depression.

Susan Calman talks about her horrible first year at the Edinburgh Festival, her later successes, and the desire to do more acting.

The stand-ups who took over children's TV

Is performing for young audiences easier? Far from it say the comedians who do clubs at night and CBBC shows by day.

Susan Calman to host BBC Scotland series from her home

BBC Scotland is to broadcast Socially Distant With Susan Calman, a topical six-part series which the comedian will present from her back garden.

Susan Calman is to take over from Jane McDonald as the presenter of Channel 5's travel shows Cruising With and Holidaying With.

Top Of The Bill review:

Comedy inspiration was the theme of The Essay: Top of the Bill (Radio 3, Monday to Friday) all last week, as five comedians and writers talked about the defining moment in their lives that made them turn to comedy. The best episode was Susan Calman's.

She recalled the life-changing moment she saw An Audience with Victoria Wood as a young girl: "I don't think a more perfect piece of comedy has ever been produced," Calman said, with awe and joy streaming through her voice as she remembered Wood's famously frisky Ballad of Barry and Freda (Let's Do It). It was delicious to revisit Wood's genius, and the whole series was a warming, invigorating study of laughter and influence. Letting comedians be serious, and to talk at length about their personal heroes, may have been the real risk this week, but it was one worth taking.

Comics up for British LGBT Awards

Susan Calman is to take over from Jackie Bird as the host of BBC Scotland's Hogmanay coverage.