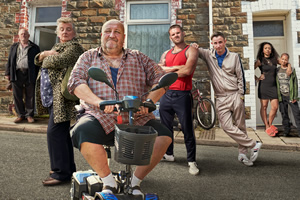 Steve Speirs talks about The Tuckers, his sitcom set in the Welsh Valleys, which follows a family of chancers. 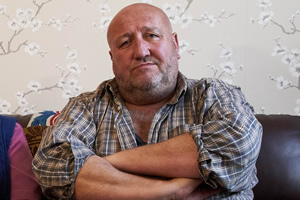 Steve Speirs talks about his comedy career, and introduces his new TV sitcom, The Tuckers.

The Tuckers to return for two more series

BBC One Wales has ordered two more series of The Tuckers, the sitcom written by and starring Steve Speirs.

The elevated silliness of Elton's many-layered plot is superbly handled.

This is a marvellous mash-up of the scholarly and totally ridiculous, performed by some of Britain's finest comedians and comedy actors.

David Mitchell steals the show in the Upstart Crow

Less highbrow than The Globe, less lowbrow than a panto, the Upstart Crow is without a doubt one of this year's top productions.

The script is non-stop gags, Shakespeare in-jokes and some gloriously anachronistic lines.

With the Only Fools musical and now Upstart Crow, are sitcoms slowly taking over London's West End?

Ben Elton has never been the coolest of comedians but he has always known how to craft a joke and The Upstart Crow is crammed with them. It is not just funny, it is futtocking funny.