Erich McElroy and Steve N Allen team up twice a week online to deal with the world's issues. We find out more in this interview. 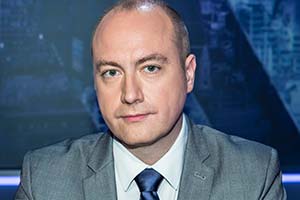 Stand Up And Deliver blog:

Celebs think they can be comics? What a joke

Steve N Allen writes: "As a professional stand-up, who has been working on the circuit for years, I find the idea of celebrities learning the art of comedy in a two-part reality series pretty insensitive".

Comics mock Tories more simply because they're in power

The government makes decisions that impact lives. If there's a joke that can reveal an inherent flaw in the logic of that decision, it deserves to be done, writes Steve N Allen.

Times Radio: The future of comedy

A Times Radio discussion on the future of comedy with Suchandrika Chakrabarti, Steve N Allen and Don Ward. Starts 6 minutes, 45 seconds in.

This show is more than good enough to keep you smiling and the likeable pairing of Allen and McElroy steer themselves capably through a solid comedy set.

McElroy and Allen mix comedy with an occasional edge of sincerity, a nod to the fact that times are hard at the moment, for a lot of people.

The Edinburgh Festival is of course sadly not taking place this year, but at least some new comedy shows are still being produced thanks to The Online Free Fringe Fest, which is where Steve and Erich have joined forces to produce Comics Solving Problems.

What do I, whales and the NHS have in common? It's not that we're all larger than is probably needed. There have been campaigns to save us. Not me in particular, but the Save Live Comedy campaign has been launched (visit savelivecomedy.co.uk).