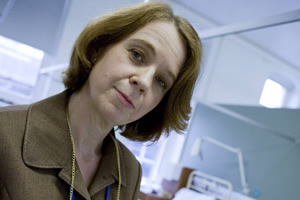 Finding Alice to return for Series 2

Finding Alice, the ITV comedy drama starring Keeley Hawes, is to return for a second series.

ITV's domestic comedy-drama series started out whimsical and ended up completely deranged, despite one stand-out performance.

With each episode, this stylish thriller only gets more bizarre.

A decent drama with weirdly pitched comedy about a grieving partner left to tidy up several big messes.

Darling Buds Of May adaptation The Larkins on ITV

ITV has confirmed it has commissioned a new adaptation of H.E. Bates' novel, The Darling Buds Of May. Titled The Larkins, it'll star Bradley Walsh and Joanna Scanlan.

The Darling Buds Of May set for comeback

ITV is reportedly set to reboot comedy drama The Darling Buds Of May.

A look back at... The Savages

The Savages was a family life based sitcom starring Marcus Brigstocke that after airing back in 2001, disappeared seemingly without a trace. But it was a great showcase for Marcus Brigstocke and a show that, in my opinion, is worth remembering.

Simon Nye on Up Pompeii!

Frankie Howerd's Roman sitcom was never cool, but the influence of its fourth-wall breaking and corpsing lives on, argues Simon Nye.