The BBC's Shane Allen is planning to set up the British Comedy Foundation, a national cross-industry body to engage the underrepresented, create opportunities and celebrate the heritage of British comedy.

Is politics beyond satire?

An article from the Royal Television Society magazine which inquires whether today's disruptive politics will foster a new golden age of British TV satire. 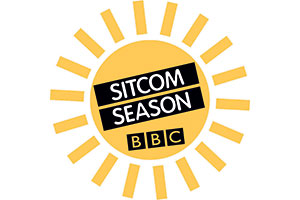 As the BBC launches its Landmark Sitcom Season this month, we spoke to Controller of Comedy Commissioning Shane Allen about the season and the genre.

The Vicar Of Dibley news:

Vicar Of Dibley to return for lockdown specials

Dawn French is to reprise her role as Geraldine Grainger for three new short lockdown-based episodes of The Vicar Of Dibley.

The BBC has confirmed that the new version of Worzel Gummidge written by and starring Mackenzie Crook will return for a new special titled Saucy Nancy.

BBC Three is to pilot PRU, a sitcom set in a unit for struggling school pupils. The episode will be made by a production company that trains young people who have been removed from mainstream education.

1990s sketch show The Real McCoy, which primarily featured Black and Asian cast members, has been added to BBC iPlayer.

Stand Up For Live Comedy news:

BBC Presents: Stand Up For Live Comedy will be filmed this summer, to support grassroots comedy talent in light of the significant impact Covid-19 has had on the stand-up comedy industry.

Two Doors Down to return for Series 5

BBC Scotland's hit sitcom Two Doors Down is to return to BBC Two for a fifth series.