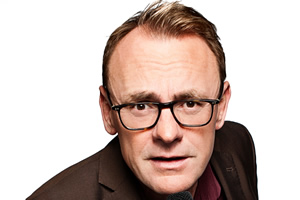 Sean Lock has created an artwork called Lanyard, to be auctioned for charity.

A scene in which Mandy wees in a wine bottle and drinks the contents made some viewers feel sick.

Sean Lock will be amongst the guest stars appearing in Mandy, Diane Morgan's new comedy series.

The Greenwich Comedy Festival is always a late-summer treat: a chance to catch top names on a line-up bill, often after they've done boot camp of Edinburgh and before their autumn tours.

The first ever Brighton Comedy Garden will take place this summer with five nights of stand-up comedy presented in a boutique festival in the glorious surroundings of Preston Park from 19 - 23 June.

Some last-minute Christmas ideas as we round-up a bunch of live comedy DVD releases.