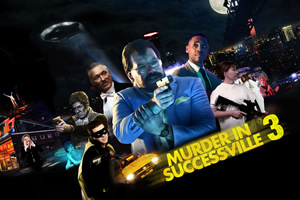 Osman tells politicians to 'suck it up' on panel shows

The Pointless host has responded to claims that shows like Have I Got News For You are too left-wing, but he insisted that's simply down to who's in power.

Genial giant and quiz show host Richard Osman stumbled on the idea for his debut novel while visiting the mum of a friend in her retirement village.

Richard Osman's The Thursday Murder Club (Penguin) has charted top of the Bookstat e-book top 10 in its second week on sale, rising from third to score an across-formats double, after its hardback claimed the UK Official Top 50 number one through Nielsen BookScan's Total Consumer Market.

Richard Osman's The Thursday Murder Club (Viking) has renewed its membership to the UK Official Top 50 number one spot for a second week, selling 34,485 copies in its first full week on sale.

Osman is fastest out of the gate in books' bumper week

The Thursday Murder Club shifted just over 45,000 copies in three days on sale.

Richard Osman, whose first novel The Thursday Murder Club this week becomes the fastest selling adult crime debut since BookScan records began, has signed a deal with Viking for two more books in the series.