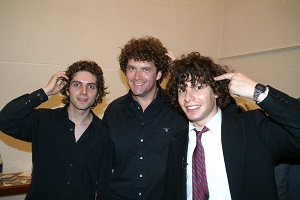 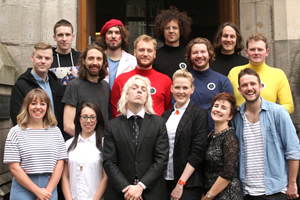 Pippa Evans, the alter-ego of Loretta Maine, returns to the Fringe this year and tells us all about her career to date, a strange encounter with Simon Munnery, and a great comedy line-up.

Loretta Maine, the singer with the feel-bad factor, is back in Edinburgh to spread her jaded-fairy magic via the medium of music.

Bristol's annual Slapstick festival of silent and classic comedy is adding a choice of celebrity-led live online events to the series of archive treasures it has been sharing via its YouTube channel since the start of the Covid-19 lockdown.

The musical comedian, improviser and composer on the things that make her laugh the most.

Musical comedian Pippa Evans is familiar to Radio 4 listeners from her many her appearances on The Now Show.

Why Brexit is getting laughs at the Edinburgh Fringe

Britain's departure from the EU is a hard topic to get away from, even at the Edinburgh Fringe. But has anyone in Edinburgh found anything new and, more importantly, anything funny to say about it?