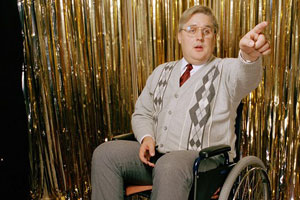 As Phoenix Nights turns 18-years-old, we offer up 18 facts about the show that you may not be aware of...

Peter Kay and Sian Gibson talk about the final episode of Car Share. Is this really the last time we'll see John and Kayleigh?

A preview of the final episode of Peter Kay's Car Share. Rest assured this report from the charity screening avoids giving away any spoilers about how the episode ends. 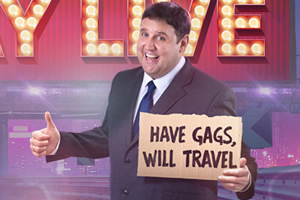 Peter Kay: Live at the Top of the Tree

Si Hawkins looks back at how the record-breaking Peter Kay made it from warm-up slots and dodgy flats to the biggest comedy tours, ever... 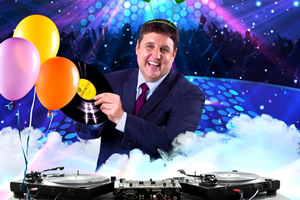 We look back at the career of Peter Kay and his road to become a superstar Dance For Life DJ.

"We're the modern day Terry and June". Peter Kay and Sian Gibson talk about returning for Series 2 of Car Share.

The Top Gear presenter, 46, who is writing his autobiography, says pair had 'too much fun' partying so needs help filling in gaps, as he also spills turning down Corrie role.

Peter Kay is to return with new dates for his Dance For Life charity discos. He'll be DJing in Manchester, Liverpool and London in April and May.

Twenty years ago, an entire comic universe - full of 'real people doing real things' - was formed in an unknown comedian's Bolton bedroom. Will we ever return to the Phoenix Club asks Tom Fordy.

Peter Kay: Comedy Genius - In His Own Words news:

Peter Kay 'had no involvement' in C5 documentary

The comedian's rep has claimed that the two-hour programme, which celebrates the star's life and career, has had nothing to do with the show and alleged that the title is 'incredibly misleading'.

Peter Kay has not been on our screens since a van took off the door of his Fiat 500 in the final ­episode of Car Share last year. But following his enforced break for "unforeseen family circumstances", BBC bosses have started a dialogue with the Bolton comic about a new project.

If Phoenix Nights is rebooted leave the offensive jokes

If Peter Kay is going to bring back Brian Potter, he must acknowledge we live in a different time without relying on offensive jokes.

A story has spread on Twitter that comedian Peter Kay has died. There is no truth to this story despite the hashtag #RipPeterKay trending. There has been no official statement and it appears that Kay, 46, has been the victim of a cruel Twitter hoax for the third time.

Phoenix Nights to be shown in arenas

To raise money for Cancer Research UK, Phoenix Nights is to be screened at the London Eventim Apollo and Manchester O2 Apollo in January and February.