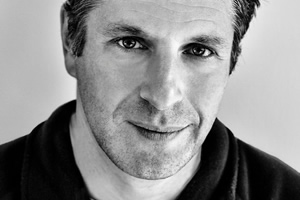 We chat to Patrick Marber, who played a number of memorable characters in shows including On The Hour, The Day Today and Knowing Me, Knowing You... With Alan Partridge.

Patrick Marber: I'd really like to direct Keir Starmer

The Leopoldstadt director, who also helped develop Alan Partridge, speaks to Sarah Crompton about antisemitism, the quasi-racism of Boris Johnson, and reopening the acclaimed Tom Stoppard play after the pandemic forced its early closure

The Reunion: The Day Today review:

BBC Radio 4's The Reunion brought together most of the main cast of 1994's TV news satire The Day Today, though not the ever elusive Chris Morris. Steve Coogan was down the line from the Lake District (presumably on a windy fell outside a restaurant from The Trip, while Rob Brydon ate pudding). Patrick Marber joined via Zoom too, while Armando Iannucci, Doon Mackichan and David Schneider were in the studio with Kirsty Wark. The recollections were riotous and giggly, but also instructive about how the news has changed. They didn't think Morris's interviewee-baiting, surreal vox pops would have worked now ("The power's now with whoever's stopped at the market," Schneider suggested). I also loved Wark teasing Coogan about ingesting helium to play a thinly veiled parody of Gerry Adams, whose voice was disguised on TV at the time. "You've never done dangerous substances before?" "Well, I have," Coogan replied, "but not ones that are funny."

The Day Today is still funny in fake news era

Armando Iannucci and Chris Morris's satire first aired 27 years ago. These days the media is almost too shameless to satirise, but - as the cast reunite - the show's hilarity remains.

The team behind The Day Today have reunited for a 30th anniversary documentary on Radio 4.

Knowing Me, Knowing You... With Alan Partridge article:

The making of Knowing Me, Knowing Yule

Patrick Marber and David Schneider on the disastrous Christmas special that ruined Alan Partridge's BBC career - and made him a better man.

The Oral History of Alan Partridge

This Time With Alan Partridge article:

As Steve Coogan's comedy alias returns to the BBC, the character's co-creator and scriptwriters reflect on the journey so far.