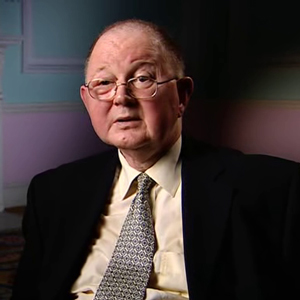 Hurll, who worked at the BBC for nearly 25 years, died peacefully on Tuesday morning. He had been suffering from Parkinson's disease. Hurll's son Simon has asked that in lieu of flowers, donations can be made to the charity Parkinsons UK.

Hurll first joined the BBC in 1956 where he worked as a "call boy" alongside future film director Michael Winner. He also worked for talent agent and entertainment impressario Leslie Grade, rising quickly through the ranks to become a producer.

Credited with revitalising a tired Top Of The Pops in the 1980s, he worked as an executive producer on The Two Ronnies and produced live programmes such as Comic Relief. He also worked on other light entertainment titles such as The Royal Variety Show, Blind Date and The Eurovision Song Contest.

The nominations for the British Comedy Awards 2012 will be revealed on Channel 4 on Thursday 29th November, with the winners being announced live on Wednesday 12th December.

Michael Hurll can be seen this weekend, contributing to 2006 series The Story Of Light Entertainment, repeated on BBC Four at 7:30pm on Sunday 23rd September.