Guy Kennaway has won the 2021 Bollinger Everyman Wodehouse Prize For Comic Fiction for his story set in the contemporary art world.

The Accidental Collector, published by Mensch Publishing, interweaves the stories of super-dealer Herman Gertsch and that of John 'Brother' Burn, a penniless hippy in South Somerset.

Kennaway, the 22nd winner of the writing competition, was awarded the prize at his home in Jamaica. As is tradition, he was presented with a pig, newly named 'The Accidental Collector' after his winning book. He also receives a jeroboam of Bollinger Special Cuvée, a case of Bollinger La Grande Année, and the complete set of the Everyman's Library P.G. Wodehouse collection.

Talking about their winner, the organisers explain: "Born in London in 1957, Kennaway writes fiction, non-fiction and journalism. He champions the underdog in his work, searching out communities under pressure and trying to make the best of their troubles with tenderness and laughter. He is best known for writing One People about a Jamaican village threatened by mass US tourism, Bird Brain about a community of optimistic pheasants and Time to Go, 'the funniest book about dying you are likely to read'. His latest book is Foot Notes, written with Hussein Sharif, and described as a broad comedy about race and nationality in Great Britain."

Guy Kennaway says: "I want to congratulate my fellow shortlisted authors and thank them for a fair fight. I believe only two of you remain in hospital. I read your books and hated them all, because they were so charming and funny. I have always wanted to win the Bollinger Everyman Wodehouse Prize. It combines a number of my passions: good books, fine champagne, laughter and pigs. I am never more at home than with a coupe of Bollinger in one hand, a pork pie in the other, and a smile on my face." 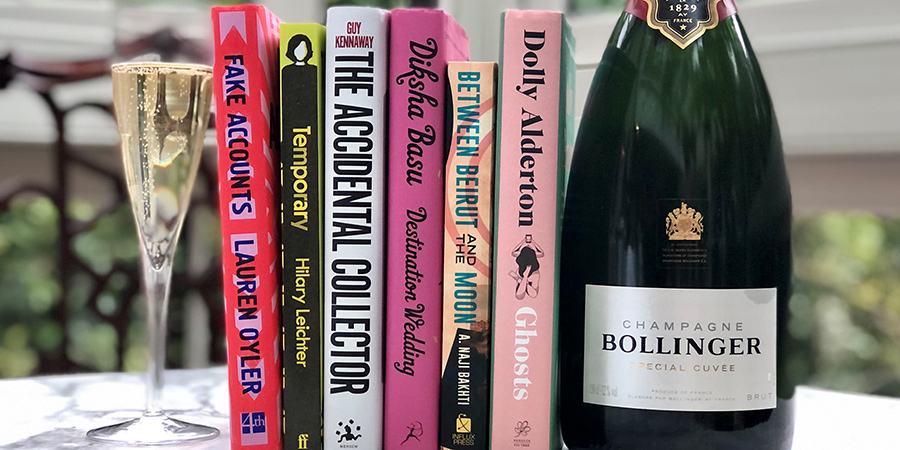 David Campbell says: "The Accidental Collector is an outrageous send up of the contemporary art world. It's perceptive, hugely entertaining and full of surprises: it proved the perfect lockdown read. The shortlist in our 21st year for the prize was a vintage one, but over a few glasses of Bollinger the judges agreed that Guy's book was the one that continually made us laugh and it emerged the winner."