Rosalind Knight has died at the age of 87.

A star of numerous comedies since the 1950s, her credits include a number of Carry On films, 1990s sitcom Gimme Gimme Gimme, and most recently, Horrible Grandma in Friday Night Dinner.

Born on 3rd December 1933 in Marylebone, central London, she died on Saturday 19th December, her family said in a statement.

"It is with huge sadness that the family of Rosalind Knight announce her death following a glorious career as a well-loved actress in theatre, TV and film.

"She was known to so many generations, for so many different roles, and will be missed as much by the kids today who howl at Horrible Grandma in Friday Night Dinner as by those of us who are old enough to remember her in the very first Carry On films." 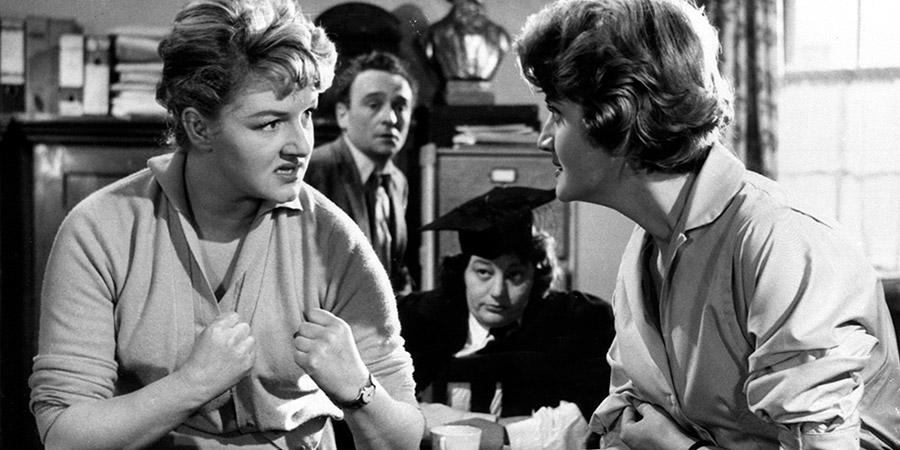 She also starred in the second and third Carry On films, Carry On Nurse and Carry On Teacher, respectively, both of which were released in cinemas in 1959.

However, it was for her regular role in 1999 - 2001 BBC Two sitcom Gimme Gimme Gimme, as landlady and retired prostitute Beryl, for which she became particularly known to comedy fans.

Recently, she had played the recurring guest role of Cynthia 'Horrible Grandma' Goodman in the Channel 4 sitcom Friday Night Dinner. Her opposite, grandmother Nellie, was played by Frances Cuka, who died in February.

Her other comedy credits include The Lady In The Van, Not In Front Of The Children, Only Fools And Horses, About A Boy, and Hunderby.

Knight's daughters, theatre director Marianne Elliott and actor Susannah Elliott, said she would be remembered for her "immense spirit and sense of fun, and her utter individuality".

They explained: "Our mother had the most astute, vibrant personality and made people laugh wherever she went. She was a great reader, art lover and raconteur. She contributed in a voluntary way to the theatrical world through her involvement in the building of the Royal Exchange Theatre, alongside her husband Michael Elliott, and her support for the Actors Centre and the Ladies' Theatrical Guild.

"She was an active member of her local history society and opera society, and was a fierce campaigner and fundraiser for the Hogarth Trust.

"She will be greatly missed by all who knew her".