Comedian Stanley Baxter has come out as gay in a new biography, despite being married to a woman for almost 50 years.

Written in conjunction with journalist Brian Beacom, The Real Stanley Baxter was published yesterday (Sunday 1st November) by Luath Press and has already sold out at Amazon.

Described as "relentless from the start", the tell-all biography, reportedly written over the past decade, sees Baxter detail in frank terms - and often explicit detail - his deeply troubled personal life as a result of his hidden sexuality, stemming from a time when homosexual acts were still illegal in Britain.

The comic also lifts the lid on tales of a range of other celebrities, including actor Fulton Mackay, tenor David Whitfield, and Baxter's close friend, Kenneth Williams.

Chapter titles include "Poofter Hell", "3,000 Volt Love", "Spanked Bottoms", and "David Niven's Blow Job", amongst the relatively more mundane such as "There's Nothing Funny About Stanley", "A Star Is Grown" and "Stage Frights".

Notably, the book includes lengthy detail about his troubled marriage. Married to Moira Robertson for almost 46 years, they wed despite his protestations and explanation about his true sexuality, after she threatened to commit suicide by jumping from a second-floor window.

She would go on to allow him to bring male lovers back to their home, with a spare bedroom set aside for their use. 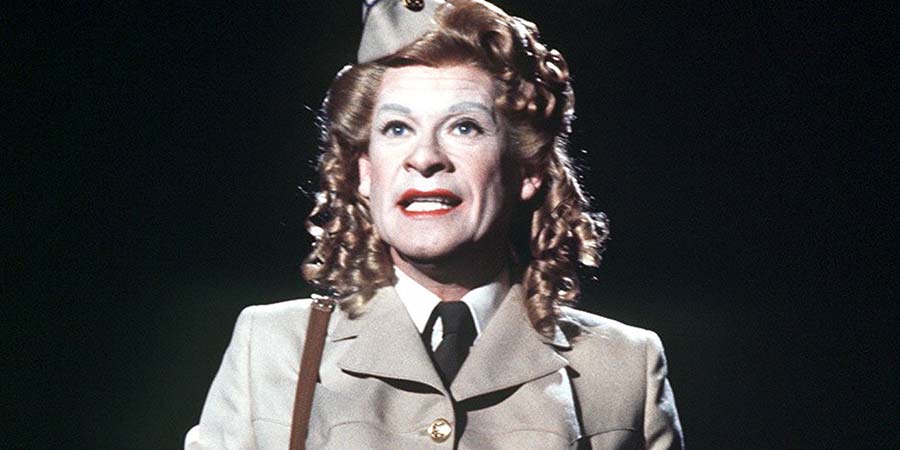 He explains: "The army said they didn't ever do such a thing but believe you me I am living proof that they carried out pharmaceutical de-bollocking. The number of nights I sat in that loo working up to a sweat that would pour down my face - with nothing to show for it but a wee feeling - convinced me we had all been tampered with."

Recounting a meeting in America with Norman Wisdom, Baxter shares: "He was charming. And full of energy. I wasn't surprised to learn that little Sir Norman was something of a world-class swordsman. [The showbiz term for the priapic performers of the day, a nod to the parts played by the lustful Errol Flynn.]

"I think any comedian worth their salt is highly sexually charged, whether homo or heterosexual. Sexual and creative energy is tied up. Of course they are going to be at it with more than one partner! It's in the nature of the animal. And there is the greater opportunity. That's why artists are such easy pickings for the tabloid press."

Baxter enjoyed huge fame from the 1950s onwards. A Glasgow native, he starred in a string of hit films with James Robertson Justice and Leslie Phillips, made countless long-running, headline stage appearances, and a similarly long string of his own, self-titled TV series and seasonal specials from as early as 1963.

Working on both the BBC and ITV, his hit sketch shows mixed song and dance, mimicry, film and television spoofs, and a range of other wild comic characters, well into the 1990s. The 2000s have seen Baxter continue to work, albeit less frequently, with a number of radio series starring his comic talents. The Stanley Baxter Playhouse in particular ran for six series from 2006 to 2014.

The Real Stanley Baxter, by Brian Beacom, is out now from Luath Press, running to 336 pages. It is available in hardback and eBook formats.

Stanley Baxter delighted over 20 million viewers at a time with his television specials. His pantos became legendary. His divas and dames were so good they were beyond description. Baxter was a most brilliant cowboy Coward, a smouldering Dietrich. He found immense laughs as Formby and Liberace. And his sex-starved Tarzan swung in a way Hollywood could never have imagined. But who is the real Stanley Baxter?

The comedy actor's talents are matched only by his past reluctance to colour in the detail of his own character. Now, the man behind the mischievous grin, the twinkling eyes and the once-Brylcreemed coiffure is revealed. In a tale of triumphs and tragedies, of giant laughs and great falls from grace, we discover that while the enigmatic entertainer could play host to hundreds of different voices, the role he found most difficult to play was that of Stanley Baxter.