Josie Long has spoken of the sexism she encountered as a teenage stand-up and the violent misogynistic abuse that she attracts online.

After winning the BBC New Comedy Award in 1999, aged 17, and supporting Stewart Lee on tour in 2005, Long recalled that there was resentment of her from the "coke-y men in suits" who dominated UK comedy at the turn of the millennium, and the trolls "who saw it as great sport to be fucking grim and gross about me in particular".

"Even though there were other young women about [on the circuit], there were plenty [of attacks]" she told John Robins and Elis James on their How Do You Cope? Podcast, "because I was the one who won the [2006 Edinburgh best] newcomer award, I was seen as the one who was prominent."

The comedy scene when she began gigging regularly aged 17 was "really interesting" with a lot of "uncalculated" and "unselfconscious weirdness". But it was also "in the middle of a backlash, one of the many backlashes against the alternative comedy boom of the 80s".

Long recalled threats of violence that have been made towards her in the forums of comedy websites, and revealed that she contacted police when a man persistently tweeted images to her of herself Photoshopped onto "a collage of victims of the Yorkshire Ripper".

Online abuse of those in the public eye, she lamented, is "frustratingly par for the course for anyone who isn't - and this is so predictable - a seemingly straight, white man ... and I'm also very aware that the stuff I get is really mild compared to the stuff that other people get".

Much of her experience pre-dated Twitter, and she has "gradually realised that I got it a few years earlier" than other female comics or minority-background comics.

"I'd internalised a lot of it and not stood up to it and in some ways that probably held me back" she reflected. "But bad luck, it didn't stop me, ha, ha, ha! I think it held me back a little because I then found it hard to be confident in a way that I just had been naturally [before]."

Inhibiting her creativity, the extremity of the abuse "was something I had to manage a little bit. It's really hurtful to read that there are pages of people being very cruel and violent towards you online. How do you deal with that and still go on stage with joy in your heart?"

Her initial awareness of the online hate came after her solo debut Edinburgh Fringe show in 2006, when she was 24.

A Google Alert for her name led her to a popular UK comedy forum that she declined to name in the interview. The site has subsequently hosted other, more positive threads about her work. But it also retains an archived thread of almost 50 pages of "stuff that was just grim", she said.

"It's not just criticism of me, none of the people had seen my shows. It was just like abuse and they just got worse and worse," she told James and Robins. "Then there was this spin-off site that was literally people threatening to come and beat me up or rape me or shit like that.

"What's weird is I see it as a precursor to the more modern culture wars. Because part of the thing they hated, and this was before I even talked about politics in my show, was that we were perceived to be Lefties.

"But it's also funny because it was so unjustified at that point. I was like a person performing to 60 people in a room and they were annoyed that I was on a round-up of an awards show. And it was mainly people annoyed that I knew Stewart Lee. It was fucking weird."

The psychological toll was significant. "I was also thinking I am uniquely bad and hated, and that's a hard thing to carry around" she noted. "And even now I'm like, 'well, it's probably true to be honest'. And also when I would tell people they'd be like, 'just ignore it'. And I'd be like 'but it feels like this thing'."

Her trolls would attend Book Club shows, run by her friend and fellow comic Robin Ince, at which she was a regular performer, "so they could record them and be rude about them. And me and Danielle Ward and Isy Suttie did a radio show that they would ardently listen to and record so they could slag it off ... it was utterly bizarre." 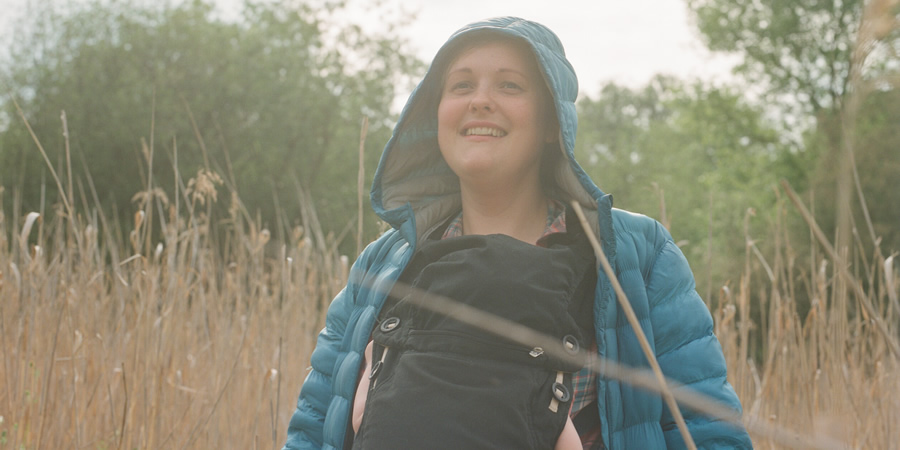 Long recently deleted the Twitter app from her phone and delegated the running of her account to others, though she attributes her decision to step back from the social media site chiefly to political reasons.

"I really met some amazing people through that" she said. "But then, in a very much metaphorical way about the discourse in general over the past few years, you just see it getting murkier and murkier, where there's more and more people acting in bad faith to try to disrupt and derail.

"I don't want to seem like an angrier person than I am. I'm not an angry person. Part of what I love about politics is when I think about the world I want, I think about a better world full of more joy and fun and community. That's what politics is to me. It's not fighting and complaining or being a witchfinder. It's the opposite."

When Long, who made her stand-up debut at 14, first began performing regularly after graduating from Oxford University, starting at a new material night where the bill consisted of her, Jo Brand and Harry Hill, she didn't see herself as "a woman comedian".

She explained: "At the time I only saw myself as a teenager and the centre of the universe ... I didn't really know what sexism was ... I wasn't classified as an adult woman. And I would come on and do really odd, surreal, unusual, nervy nonsense. So I think people were just like: 'what on earth is going on?!' So I felt quite separate from it."

Nevertheless, while live comedy's "last five years have been wonderful and changed a lot", she broke through when the circuit "absolutely was slightly more of a boy's club.

"You'd go into places and just assume you'd be the only woman," she said. "And you'd just assume that you'd be backstage in quite an odd, competitive atmosphere - the likes of which you just wouldn't encounter anywhere else in your life and also not among the men that I'm actually friends with or know. So it was like a very alien, weird, very specific type of laddishness."

She offered the example of performing at a showcase for the Montreal Comedy Festival a decade ago and being "really excited.

"The compere did a routine before I went on stage that was basically 'aren't women's bodies disgusting?' And 'I hate going down on women, women are so gross. Anyway, Josie Long!'

"And I had to come up and be like, 'hello! I have a vagina!' 'Cos I didn't know what else to do. So I lost the crowd and died and so he gets to go, case in point, women comedians are terrible. And I just so felt like ... I think the problem was I do have pride. If my feelings get hurt I find it hard just to be like well, I'll tough it out and show them. I want to be on stage and be like 'that just happened. That was bad and wrong and it made me feel weird'."