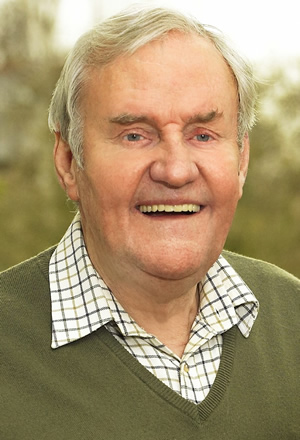 Richard Briers CBE, the actor best known as the star of 1970s sitcom hit The Good Life, has died.

However, it is self-sufficiency sitcom The Good Life for which Briers is now best remembered. He starred as Tom Good, a bored and frustrated office worker who packs in his regular job to raise goats, chickens and pigs, and grow his own fruit and vegetables, with wife Barbara (Felicity Kendal) in the grounds of their suburban home. The hugely popular sitcom ran for four series from 1975.

Richard Briers found success again in the 1980s with Ever Decreasing Circles, also running for four series between 1984 and 1989, in which he starred as self-important family man Martin Bryce whose whole world begins to crumble when a charismatic, relaxed neighbour begins to upset his compulsive behaviour and standing.

Briers's fame was rekindled when he starred as ageing Scottish landowner Hector MacDonald in hit BBC One drama series Monarch Of The Glen from 2000, his last regular, major acting role.

In an interview published earlier this year to promote the release of Marriage Lines on DVD, Briers revealed that he had smoked an estimated 500,000 cigarettes before quitting in 2003, and had been suffering with emphysema since 2008.

In 2012, Briers filmed cameo roles in the British comedy films Cockneys Vs Zombies and Run For Your Wife, the latter of which is in cinemas now.

Here is a trailer for Marriage Lines, the sitcom that first found fame and popularity for Richard Briers:

This Good Life clip shows Tom and Barbara trying out their own home-brewed wine:

The following video is the first part of the very first episode of The Good Life.